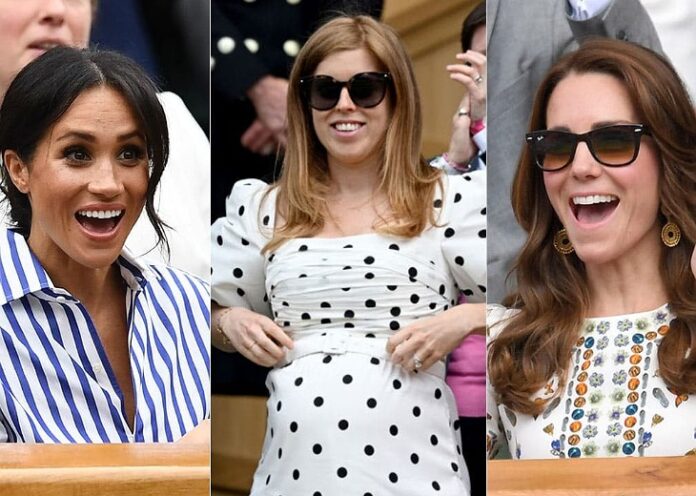 Wimbledon has always been one of the highlights of the summer for the royal family. Avid tennis lovers include the Duke and Duchess of Cambridge, Mike and Zara Tindall, and the Duchess of Cornwall. 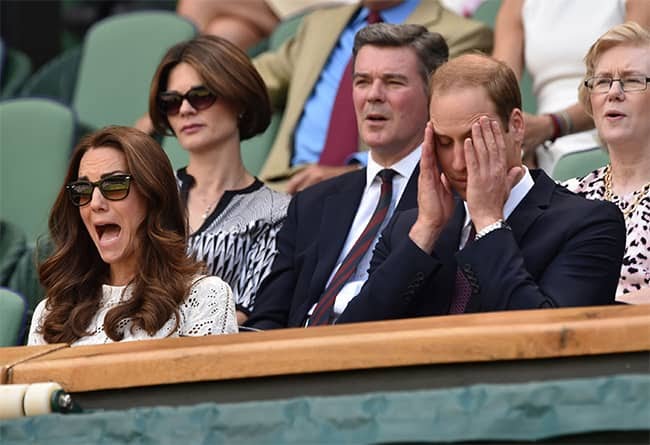 The royals have stepped out to view the action from the Royal Box over the years and we love seeing their reactions, particularly during a nail-biting match.The likes of Kate, Meghan Markle, Princess Beatrice and Princess Eugenie have also impressed us with their courtside outfits, from Wimbledon whites to bold block-coloured ensembles. 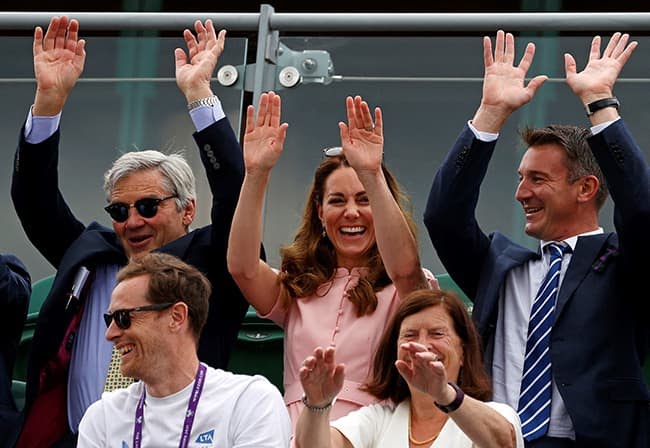 The Duchess became patron of the All England Lawn Tennis & Croquet Club in 2016, a patronage that was passed on to her from the Queen. Kate has always been a regular at Wimbledon, attending as a child with the Middleton family, but now she has pride of place in the Royal Box. 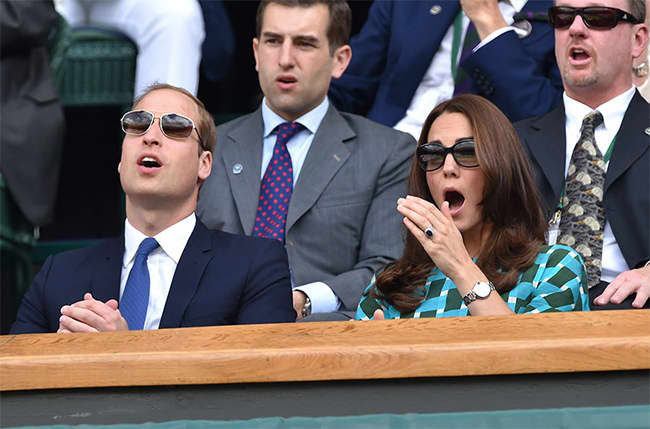 Kate’s facial expressions are priceless, and she gets just as anxious as the rest of us!At 2021’s Wimbledon, Kate invited her dad Michael Middleton to the tournament, where they happily got caught up in a Mexican Wave as they watched Britain’s Gordon Reid play against Belgium’s Joachim Gerard in the final of the Gentlemen’s Wheelchair Singles.Edoardo Mapelli Mozzi and Princess Beatrice 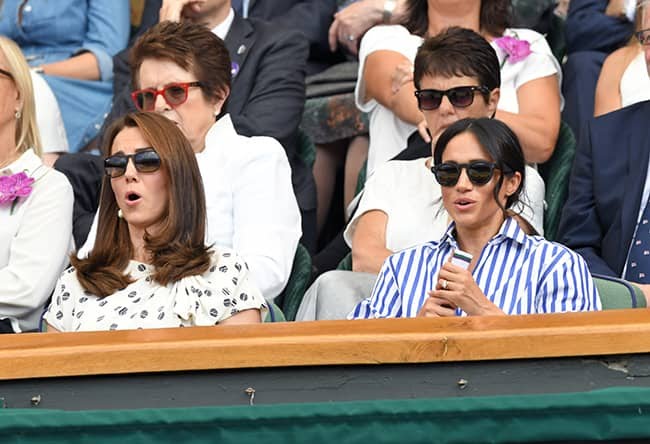 Edoardo Mapelli Mozzi and Princess Beatrice, who was expecting her first child, also stepped out at the 2021 Wimbledon event. The pregnant royal was pictured touching her bump as she enjoyed the action from the Royal Box.Kate usually attends Wimbledon with her husband Prince William, and the pair are often spotted having a giggle in the stands. 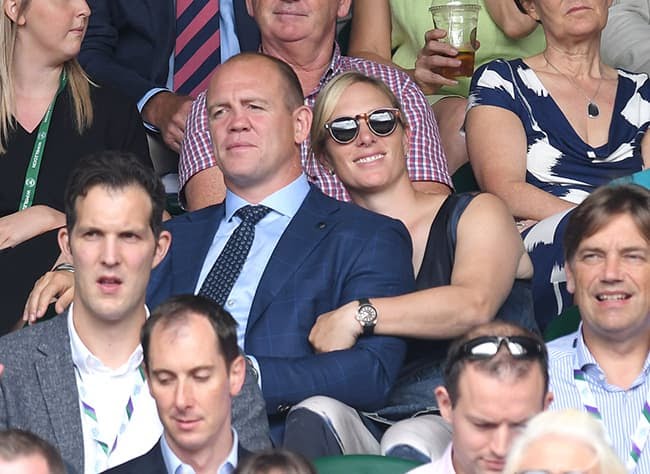 Kate and Meghan enjoyed a day out with the Duchess’ sister Pippa Middleton, watching the tennis on Centre Court in 2019.The year before in 2018, the sisters-in-law enjoyed another day out at Wimbledon just weeks after Harry and Meghan’s royal wedding.Zara and Mike Tindall are also regular attendees and often put on a loved-up display in the stands. 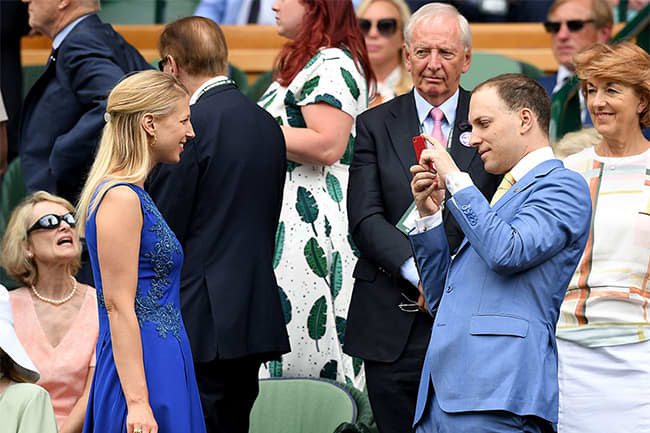 Prince William
The future King couldn’t help show his anger and disappointment – we wonder what he’s like watching the footie!The Countess of Wessex
Prince Edward’s wife Sophie also showed her shock and disappointment back in 2013. 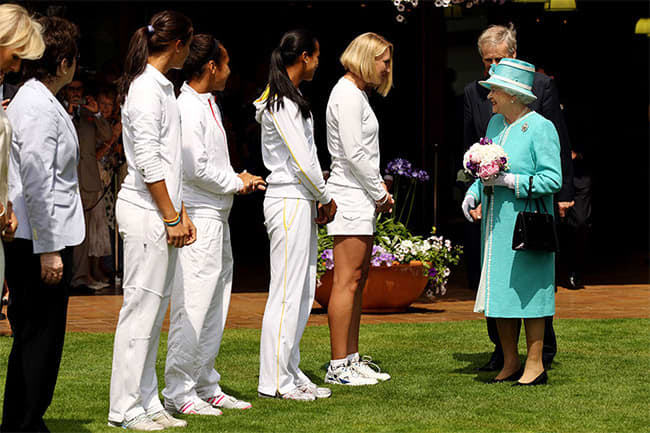 The Duchess of Cornwall
Camilla got the Wimbledon whites memo, looking chic in a summer frock and straw hat. We love those tortoiseshell sunglasses!Ella and Freddie attended with their parents Prince and Princess Michael of Kent in 2018, having fun snapping photos of each other during the breaks. 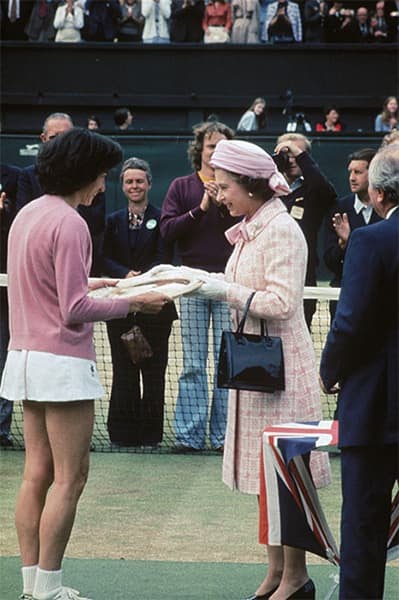 When she was patron of the All England Lawn Tennis & Croquet Club, Her Majesty had the honour of meeting the winners. Here she is presenting a trophy to British tennis player Virginia Wade after she won the women’s singles in 1977. 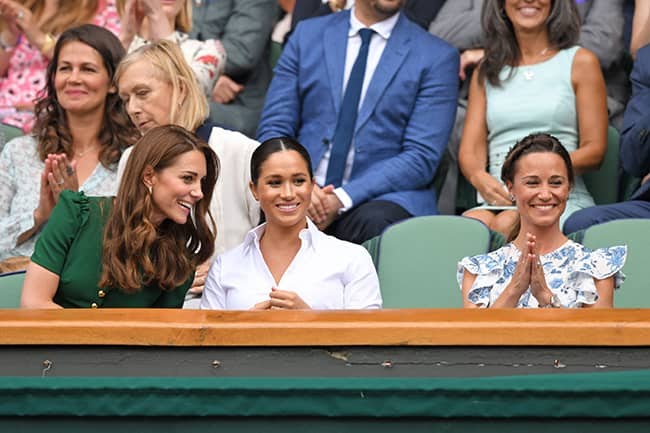 Turning heads in turquoise, Her Majesty greeted British tennis player Elena Baltacha in 2010.The future King rarely attends Wimbledon, but it’s an event he’s been spotted at since the seventies.