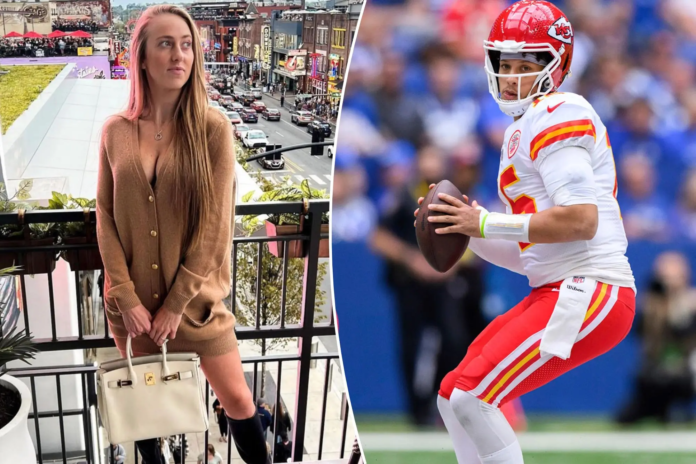 Patrick Mahomes’ wife, Brittany Matthews, blasted The Kansas City Star on Friday after the outlet published what’s been viewed as a controversial take on the Chiefs quarterback.In the publication’s “Letters to the Editor” section, an NFL enthusiast from Illinois recently suggested that Mahomes “is not a team player,” in a two-graph note, adding, “He doesn’t care if his team wins or loses. All he cares about is how he looks.”The post unsurprisingly turned heads on social media, Matthews’, in particular.“Y’all are extremely ignorant for this. Kansas City doesn’t do this to it’s people, what a joke you guys are 😂,” Matthews wrote Friday in response to the publication’s tweet, “He’s a great quarterback, sure. But he only cares about how he looks, not his team.” 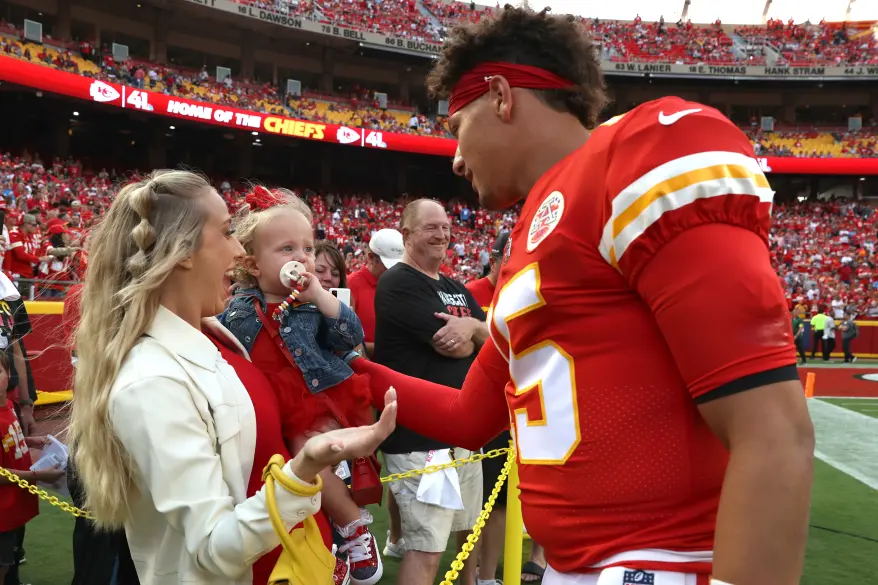 Mahomes and the Chiefs are coming off a stunning Week 3 loss to the Colts, in which the four-time Pro Bowler was captured having a heated exchange with Kansas City’s offensive coordinator, Eric Bieniemy, on the sideline at halftime. Bieniemy addressed the apparent spat on Thursday, noting “there is no personal issue,” and, “you just keep moving it forward.”“At that particular time, as a staff, we decided, ‘You know what? We’re getting the ball to start the second half off, so we just want to take a knee,’” Bieniemy told reporters. “So obviously, Pat, being the competitor that he is, wasn’t ready to hear that.”The Chiefs are looking to bounce back in Week 4 with a primetime showdown against the Buccaneers in Tampa.While it’s likely Matthews will be cheering on Mahomes come kickoff, this isn’t the first time she’s fiercely defended her husband online. 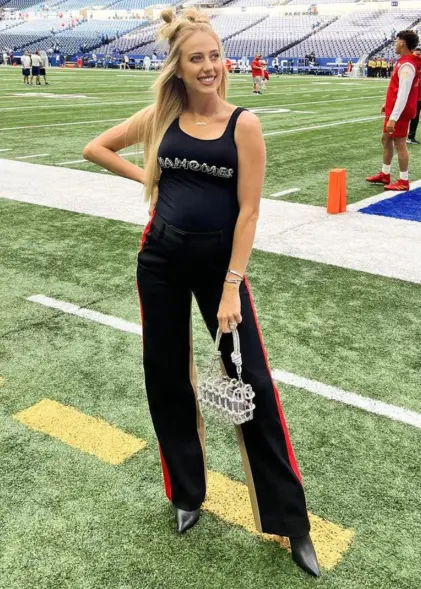 Back in December, Matthews stuck it to Chiefs doubters after the team clinched the AFC West title for the sixth consecutive year.“Playoffs here they come,” Matthews tweeted at the time. “& if you doubted that, please watch the film & to all a goodnight.”The Chiefs ultimately fell short of a Super Bowl berth after losing to the Bengals in January’s AFC Championship game.Matthews and Mahomes, both 27, tied the knot back in March and are currently expecting their second child together, a baby boy. The couple welcomed daughter Sterling in Feb. 2021.