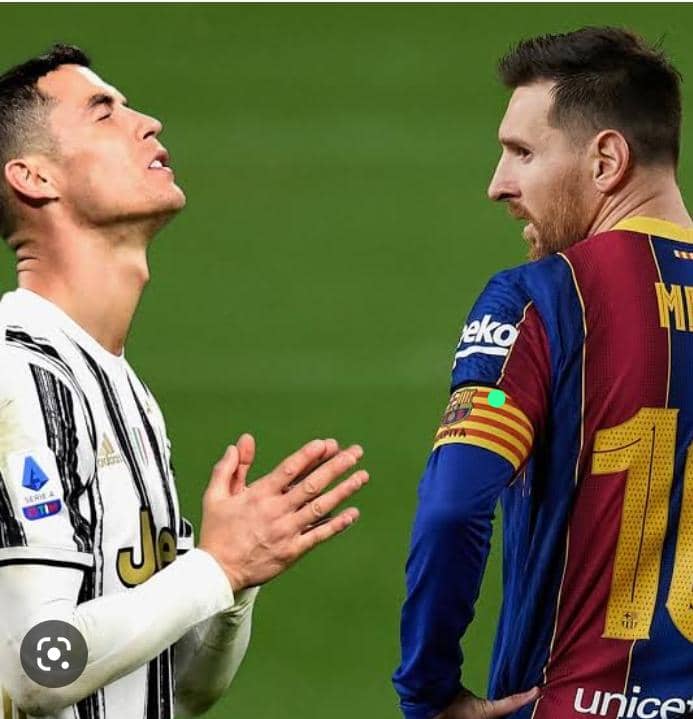 The exhibition match in the Saudi capital saw two of the greatest players of all time sharing a pitch together for possibly the final time.

Messi opened the scoring and Ronaldo netted twice for 2-2 at half-time.

Both players were substituted off just after the hour mark.

The two PSG centre-backs were also on the scoresheet as Sergio Ramos added to Marquinhos’ delightful finish in the opening period.

But the French side played much of the game with 10 men as Juan Bernat received a straight red card for hauling down Saudi international Salem Al Dawsari and Neymar also missed a penalty in a breathtaking first half.

Anderson Talisca drilled in a long-range consolation late in injury-time but there was not time for a dramatic equaliser.

Ronaldo has had to wait for his debut since a big move to Al-Nassr because of a suspension from his time at Manchester United.

But he will make his competitive debut for his new side on Sunday, when they host Ettifaq at Mrsool Park.

So how fitting it was that his first game in the Middle Eastern country – a high-profile and hugely competitive friendly – was against his old foe Messi, who lifted the World Cup in neighbouring Qatar just a month ago.

The Argentina captain latched on to Neymar’s pass and converted the opener after just two minutes, but the 37-year-old Portugal skipper was not to be outdone.

Ronaldo’s first was from the penalty spot, which was awarded after he was floored by PSG goalkeeper Keylor Navas’ forearm smash into his face, leaving him with a badly bruised cheek.

And he showed the hunger and desire he still possesses for the second, an initial header hitting the post then reacting quickest to convert, showcasing his trademark celebration for both goals with the crowd joining in.

Both players were taken off on 61 minutes and could have faced each other for the last time, unless they cross paths again in the twilight of their glittering careers.

The match, however, has been criticised by human rights group Amnesty International, who said Saudi Arabia’s sportswashing strategy was at “full throttle”.

“The authorities are seeking to exploit the celebrity appeal of elite sport to deflect attention from the country’s appalling human rights record.

“Saudi Arabia’s extensive use of sport as an exercise in soft power is well-known, but with Qatari-owned PSG appearing in Riyadh we effectively have two sportswashing superpowers – Saudi Arabia and Qatar – flexing their muscles.

“Footballers like Ronaldo and Messi have huge profiles and we’d like to see them resisting being used as the famous faces of sportswashing, including by speaking out about human rights issues in both Saudi Arabia and Qatar.”

Iga Swiatek has all the makings to be the new boss of women’s tennis, says former world No 1