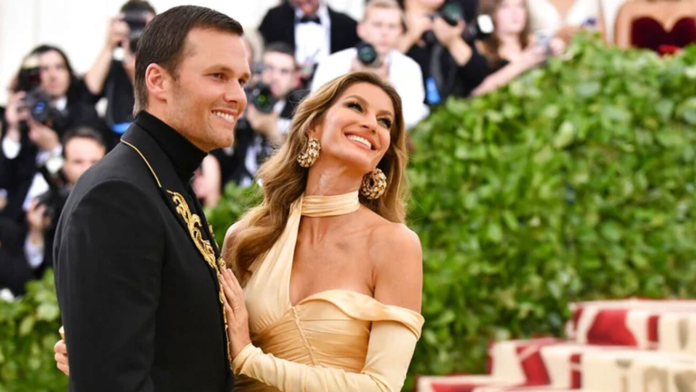 Tom Brady suffered one of the most embarrassing defeats of his career after the Tampa Bay Buccaneers lost the Wild Card game against the Dallas Cowboys.

During the game, we all witnessed an unusually dismal Tom Brady playing at a level we hadn’t seen from him in a while.

In an effort to find answers about what happened, there is a curious detail about a pre-game arrival that could have some insight.

As the qb arrived at the stadium, he was carrying the exclusive LVxYK Keepall 55 bag from Louis Vuitton.

This is a cllaboration with artist Yayoi Kusama.

Twitter users instantly made the connection between the bag and ex wife, Gisele Bündchen.

Right after sepparating from Tom Brady, Bündchen’s very first gig back in the circuit was as one of the models of this publicity campaign from Louis Vuitton.

Other models who were part of the campaig are Bella Hadid and Christy Turlington.

Twitter users quickly pointed out this bag was a bad luck item that prevented Tom Brady from performing at his best.

If you believe in that stuff, this might be more than enough for you to understand whathappened to Brady against a team that never defeated him before.

But the true answer of what happened to Tom Brady against the Dallas Cowboys is far more detailed and nuanced than a simple superstition.

It’s been a number of different aspects of life that Tom Brady had to navigate during the middle of the NFL season.

All that burnout feeling and pressure is likely the reason he basically chocked on Monday. Granted, his divorce with Gisele Bündchen was a major component of that but a bag wasn’t the reason Tom Brady didn’t perform well against Dallas.

Superstitious people will say otherwise though, they always will.