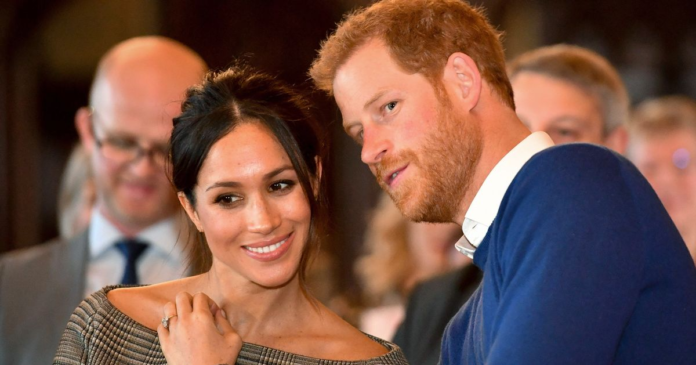 It was a long time coming. According to Woman’s Day New Zealand, a source close to Prince Harry and his wife Meghan Markle stated that disagreements and fights between the two have worsened in recent weeks, so he has made a strong, but temporary decision.

The Sussex would be having “too many disagreements related to their upcoming projects”, among which is the Netflix miniseries or even the title of his memoirs, which will be released on January 10.

But it seems that the freedom with which Meghan has spoken about her life and the royal family has not gone down well with her husband.

According to the insider, Harry believes that Meghan “reveals too much” about them, and that even many of the things she has said are not accurate.

“He is said to blame Meghan for going off plan and telling too much of her own truth in the docuseries, and that her truth is not always the truth.”

“They’ve been working on these projects for years and now there’s a real risk that the Netflix series could fall apart, just like her children’s series Pearl did earlier this year,” the insider added. “And considering their California home is mortgaged to the hilt, they need the money,” he finished off.
And it’s not just Harry who is upset, but it is also reported that Meghan would be “tired” of her husband and could be looking for an “exit plan” in the not too distant future.

The rumors, according to royal expert Tom Bower, are coming out of London. “There are many now in London who say Meghan is getting tired of Harry.” There is speculation that the Duchess of Sussex, 41, will at any moment say ‘This is enough’ and negotiate with King Charles III some deal to break off the marriage.

But Bower claims the couple is willing to stay married for the time being, as their shared goal is to destroy the royal family.

“They are bound by the common business plan to trash the royals as much as they can, promoting the Sussex brand,” Bower said. “But it’s a dying cause. I mean, there’s not much you can say — diminishing returns. And she’ll need a new career,” he added.