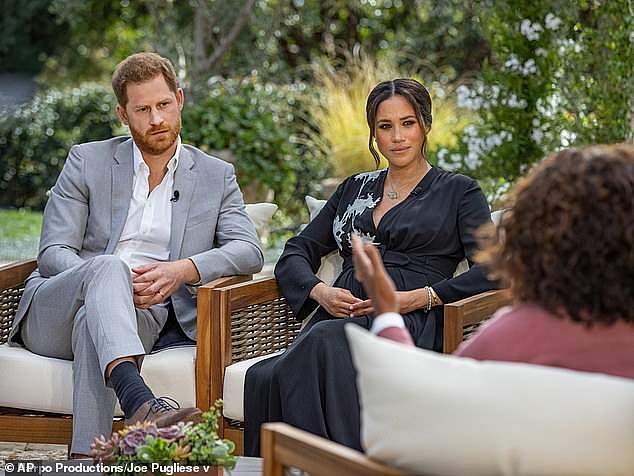 The Duke and Duchess of Sussex believe the royal family did not take accountability for the concerns raised in their Oprah Winfrey interview, an unauthorised biography of the couple has claimed.

Harry and Meghan used their March interview with Winfrey to make a series of explosive allegations against the royal family, accusing an unnamed royal – not the Queen or the Duke of Edinburgh – of racism, the institution of failing to support a suicidal Meghan, and touching on troubled relationships with the Prince of Wales and the Duke of Cambridge.

Buckingham Palace later said the Queen was “saddened” to hear about Harry and Meghan’s struggles but added “some recollections may vary” over the other allegations.

In an epilogue for Finding Freedom, published by People magazine, unnamed sources close to the couple suggested the Sussexes felt the Queen’s comment showed the monarchy had not taken full accountability for the concerns expressed in the interview.

It said: “The Queen’s ‘recollections may vary’ comment ‘did not go unnoticed’ by the couple, who a close source said were ‘not surprised’ that full ownership was not taken. ‘Months later and little accountability has been taken’, a pal of Meghan added. ‘How can you move forward with that?”’

Harry and Meghan have been on parenting leave since the birth of their daughter, Lilibet, in June but are “really excited” for the next steps in their public life, the book’s co-author, Omid Scobie, told People.

Scobie’s book, written with fellow reporter Carolyn Durand, is being republished in paperback on 31 August with the new epilogue. Scobie told the magazine: “Meghan famously spoke about that it was not enough to survive – we are now in the thrive chapter.”

He described the couple as being in a healthier place as they enter “the era of visibility” and prepare to develop their in-person work with their Archewell Foundation this autumn.

The Queen’s grandson Harry and the former Suits actor Meghan released a lengthy statement through the Archewell website on Tuesday, expressing their heartbreak over the state of the “exceptionally fragile” world and saying they had been left speechless by the crisis in Afghanistan.

The couple, who quit royal duties for a life in the US, urged global leaders to speed up humanitarian talks and asked people to support charities trying to help those in need.

During the their official tour to Africa in 2019, Meghan told television documentary makers about the pressures of royal life. “It’s not enough to just survive something, that’s not the point of life. You have got to thrive,” she said.

Three months later, the Sussexes declared they intended to step down as senior royals.

Harry and Meghan have signed lucrative deals – thought to be worth well over £100m – with Spotify and Netflix to fund their new life in the celebrity enclave of Montecito in California.

The duke is set to publish his memoirs in 2022 – the year of the Queen’s platinum jubilee – with the royal family already bracing for the book’s fallout.