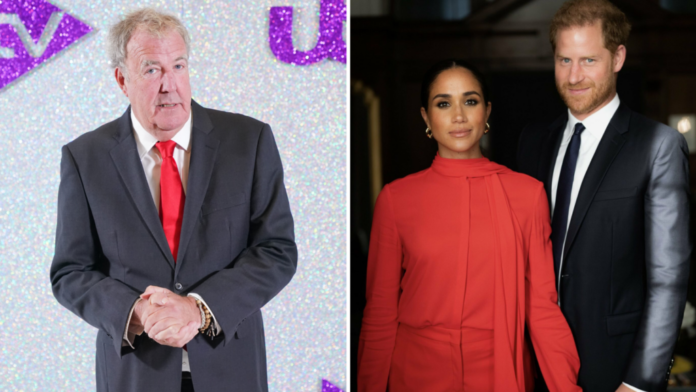 The Duke and Duchess of Sussex have accused Jeremy Clarkson of writing articles “that spread hate rhetoric, dangerous conspiracy theories and misogyny”, after the Grand Tour presenter apologised to the couple over a controversial article he wrote for the Sun.More than 20,000 complaints were made to Ipso, the independent regulator of most of the UK’s newspapers and magazines, about the column in December, in which Clarkson said of Meghan that he was “dreaming of the day when she is made to parade naked through the streets”.In a statement on Monday evening, a spokesperson for the Duke and Duchess of Sussex said: “On 25 December 2022, Mr Clarkson wrote solely to Prince Harry, the Duke of Sussex.“The contents of his correspondence were marked private and confidential.“While a new public apology has been issued today by Mr Clarkson, what remains to be addressed is his longstanding pattern of writing articles that spread hate rhetoric, dangerous conspiracy theories and misogyny.“Unless each of his other pieces were also written ‘in a hurry’, as he states, it is clear that this is not an isolated incident shared in haste, but rather a series of articles shared in hate. 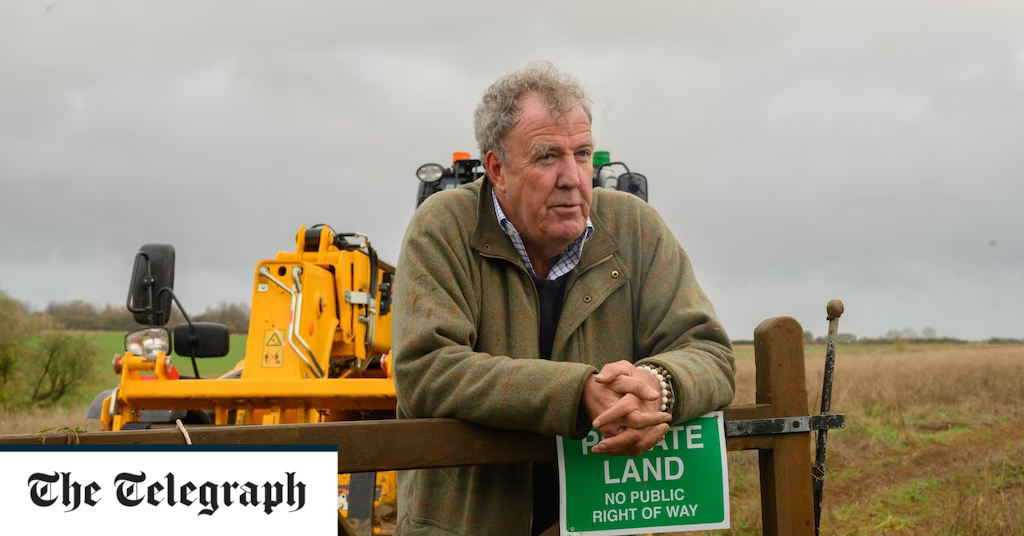 ”The presenter, who became a household name during his tenure as a presenter of BBC’s Top Gear between 2002 and 2015, revealed on Monday that he had contacted Harry and Meghan on Christmas morning, amid the fallout, to say sorry.On the same day, a report emerged in Variety, the US entertainment industry magazine, citing unnamed sources that Amazon Prime would not be working with Clarkson beyond the seasons of The Grand Tour and Clarkson’s Farm that have been commissioned.A spokesperson for Amazon Prime declined to comment on the Variety report.Clarkson is no stranger to ignominy, having been sacked by the BBC in 2015 for an “unprovoked physical and verbal attack” that left a member of the Top Gear production team bleeding and seeking hospital treatment.In the column, published on 16 December, he said he hated Meghan on a “cellular level”, and added: “At night, I’m unable to sleep as I lie there, grinding my teeth and dreaming of the day when she is made to parade naked through the streets of every town in Britain while the crowds chant ‘Shame!’ and throw lumps of excrement at her.“Everyone who’s my age thinks the same way. But what makes me despair is that younger people, especially girls, think she’s pretty cool. They think she was a prisoner of Buckingham Palace, forced to talk about nothing but embroidery and kittens.”Harry discussed the column in an interview promoting his autobiography, Spare, in which he said the column was “horrific, and is hurtful and cruel towards my wife”. 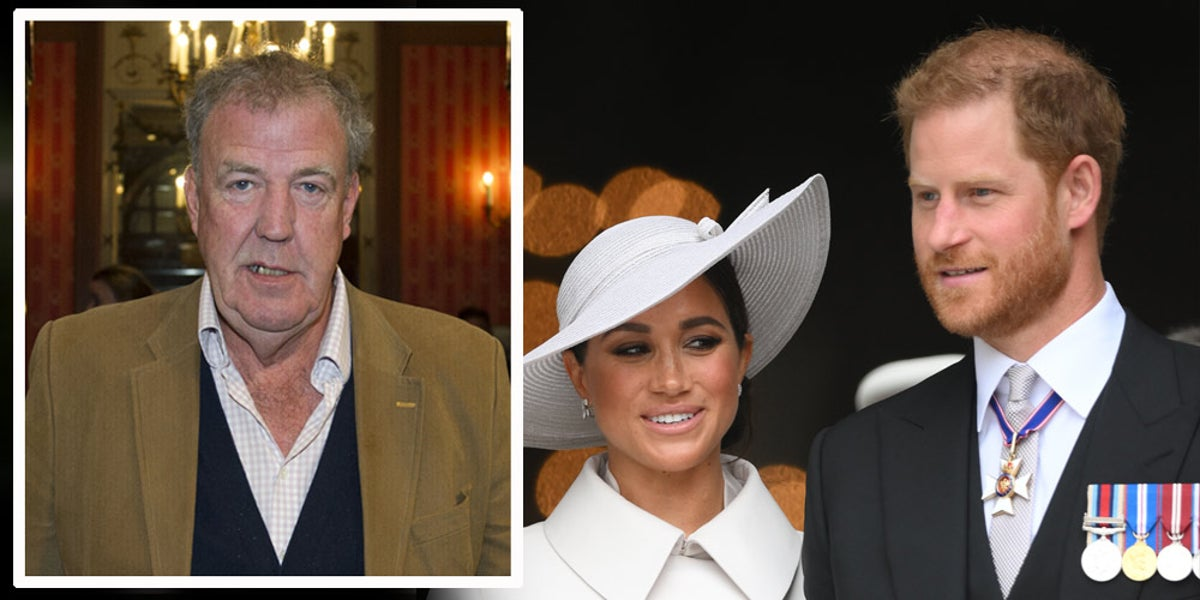 Clarkson was also criticised by his own daughter, Emily, an author and podcast host, who said: “I want to make it very clear that I stand against everything that my dad wrote about Meghan Markle [sic].”The Sun, which took the column off its website at the TV host’s request, apologised, while he tweeted that he had “put [his] foot in it”.In an Instagram post on Monday, the former Top Gear host said: “I really am sorry. All the way from the balls of my feet to the follicles on my head. This is me putting my hands up. It’s a mea culpa with bells on.”Clarkson, also the presenter of ITV’s Who Wants to Be a Millionaire?, said he had not realised the offence the column would cause because he did not read it through to somebody else before submitting it, and was “in a hurry”.He added: “I knew what had happened straight away. I’d been thinking of a scene in Game of Thrones but I’d forgotten to mention this. So it looked like I was actually calling for revolting violence to rain down on Meghan’s head.“I was mortified and so was everybody else. My phone went mad. Very close friends were furious. Even my own daughter took to Instagram to denounce me.”The 62-year-old said ITV and Amazon were “incandescent”. “I therefore wrote to everyone who works with me saying how sorry I was, and then on Christmas morning, I emailed Harry and Meghan in California to apologise to them too. 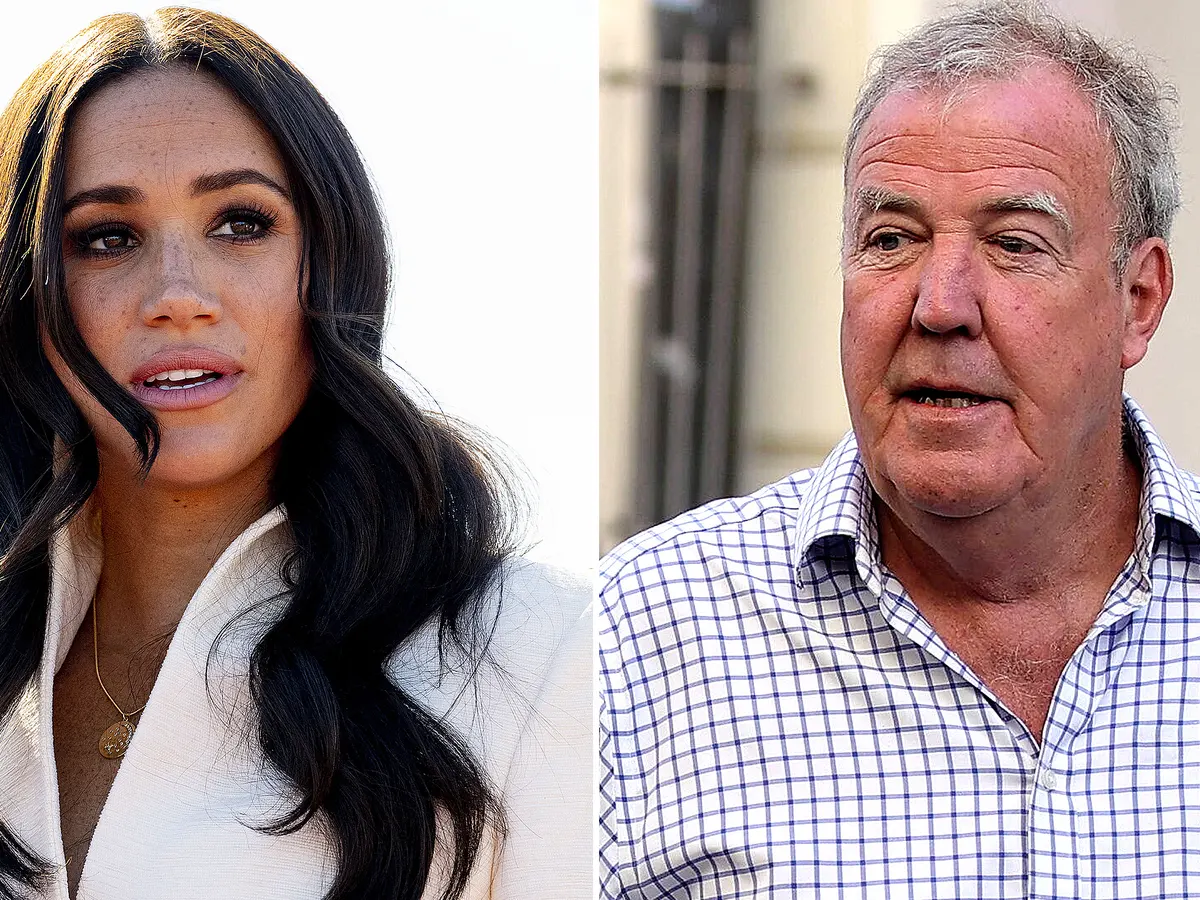 “I said I’d been baffled by what they had been saying on TV but that the language I’d used in my column was disgraceful and that I was profoundly sorry.”Archewell, the organisation founded by Harry and Meghan, has been contacted for comment.… we have a small favour to ask. Millions are turning to the Guardian for open, independent, quality news every day, and readers in 180 countries around the world now support us financially.We believe everyone deserves access to information that’s grounded in science and truth, and analysis rooted in authority and integrity. That’s why we made a different choice: to keep our reporting open for all readers, regardless of where they live or what they can afford to pay. This means more people can be better informed, united, and inspired to take meaningful action.In these perilous times, a truth-seeking global news organisation like the Guardian is essential. We have no shareholders or billionaire owner, meaning our journalism is free from commercial and political influence – this makes us different. When it’s never been more important, our independence allows us to fearlessly investigate, challenge and expose those in power.