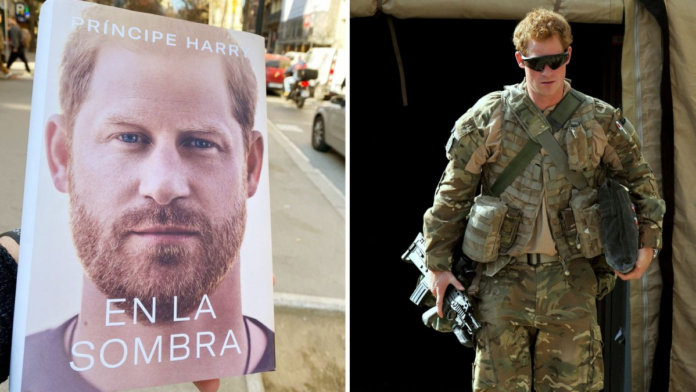 A retired commanding officer has accused Prince Harry of “turning against” his military family after “having trashed his birth family”.In his memoir, the Duke of Sussex describes killing 25 Taliban fighters in Afghanistan as “chess pieces taken off the board”.Ex-colonel Tim Collins said that was “not how you behave in the army”.Prince Harry gives details about his time as a helicopter pilot in Afghanistan in his memoir Spare.BBC News has obtained a copy of the book after it was put on sale early in Spain.In it, Prince Harry reveals for the first time that he killed 25 enemy fighters – which is perfectly possible after two tours in the Helmand region of the country.”It wasn’t a statistic that filled me with pride but nor did it make me ashamed,” he writes.”When I was plunged into the heat and confusion of battle, I didn’t think about those as 25 people. You can’t kill people if you see them as people. 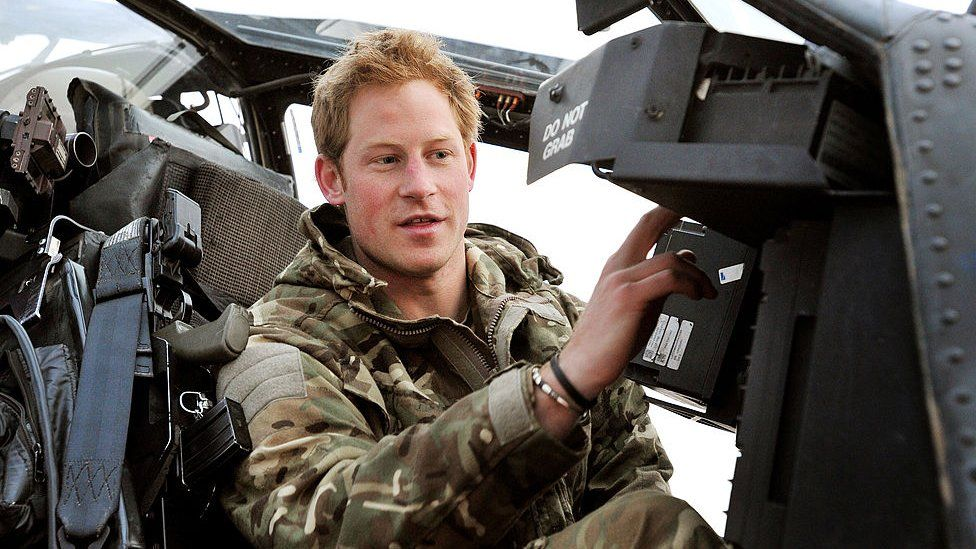 “In truth, you can’t hurt people if you see them as people. They were chess pieces taken off the board, bad guys eliminated before they kill good guys.”They trained me to ‘other’ them and they trained me well.”Responding to the prince’s comments, a senior Taliban leader Anas Haqqani tweeted: “Mr Harry! The ones you killed were not chess pieces, they were humans; they had families who were waiting for their return…”I don’t expect that the (International Criminal Court) will summon you or the human rights activists will condemn you, because they are deaf and blind for you.”Speaking to Forces News, retired-commanding officer Colonel Collins condemned the book by calling it a “tragic money-making scam”.Referring to Prince Harry’s revelation that he killed 25 enemy fighters, Col Collins said: “That’s not how you behave in the Army; it’s not how we think.”He has badly let the side down. We don’t do notches on the rifle butt. We never did.”The ex-colonel, who gained worldwide fame for an eve-of battle speech to troops in Iraq, said: “Harry has now turned against the other family, the military, that once embraced him having trashed his birth family.He accused Prince Harry of choosing an “alien” path and of “pursuing riches he does not need”. 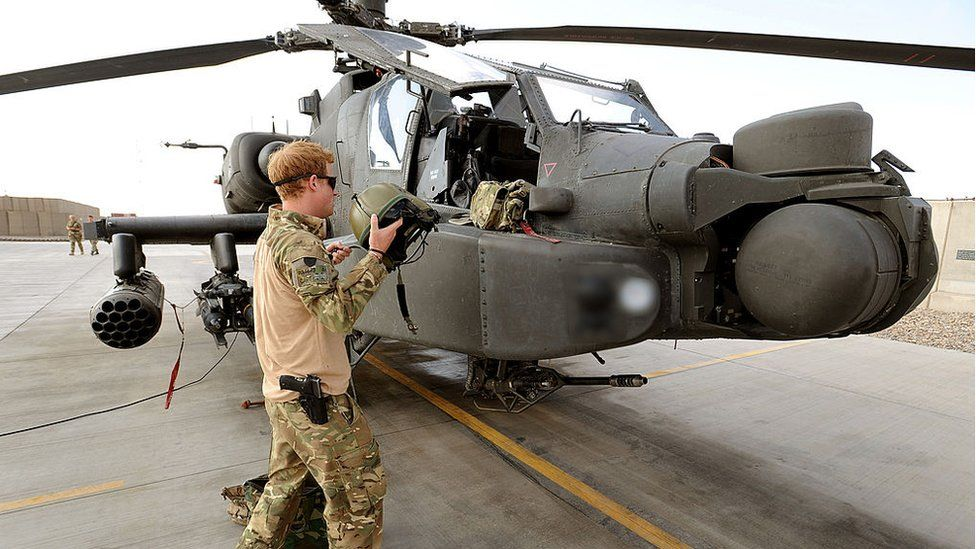 “In the end, I see only disappointment and misery in his pursuit of riches he does not need and his rejection of family and comradely love that he badly needs.”Ex-army officer Col Richard Kemp, who was sent to Kabul in 2003 to take command of forces in Afghanistan, told the BBC it was unusual but he did not have a problem with Prince Harry revealing his kill number.He said soldiers did talk about people they had killed or wounded privately, sometimes as “a way of almost decompressing after a period of combat”.On referring to killed Taliban insurgents as chess pieces, Col Kemp said such comments could give “propaganda to the enemy”.He added the remarks may have undermined Prince Harry’s security and could provoke people to take revenge.”They’re always looking to radicalise people and to recruit people and we’ve already seen how the Taliban has capitalised on it,” he said.Prince Harry briefly served as a forward air controller on the ground calling in strikes, before flying Apache helicopters in his second longer tour.
The US and its Nato allies invaded in October 2001 to oust the Taliban, who they said were harbouring Osama Bin Laden and other al-Qaeda figures linked to the 9/11 attacks
Ben McBean, who lost an arm and a leg serving with the Royal Marines in Afghanistan and was described by Prince Harry as a hero after the pair met at several events, said the royal needed to “shut up”.

He wrote on Twitter: “Love you #PrinceHarry but you need to shut up! Makes you wonder the people he’s hanging around with.”If it was good people somebody by now would have told him to stop.”Another serviceman still serving told the BBC Harry’s comments were “very unsoldier-like”.And like many military personnel he said he had no interest in keeping count. More often it is those who write books who seem to take more of an interest in their kill statistics.Harry in his role as a helicopter pilot would have had a better view than most from his cockpit – seeing individuals up close using sensors and screens.He would also see the impact of his cannon and hellfire missiles – although clarity would be soon obscured by dust – and he would be able to review footage from the cockpit. But it is not always possible to count bodies on the ground or to distinguish between someone injured or killed.Prime Minister Rishi Sunak said he would not comment on the appropriateness of the prince’s 25 kills claim, but added he was “enormously grateful to our armed forces”.A Ministry of Defence spokesperson, when asked about the prince’s kill number, said: “We do not comment on operational details for security reasons.”