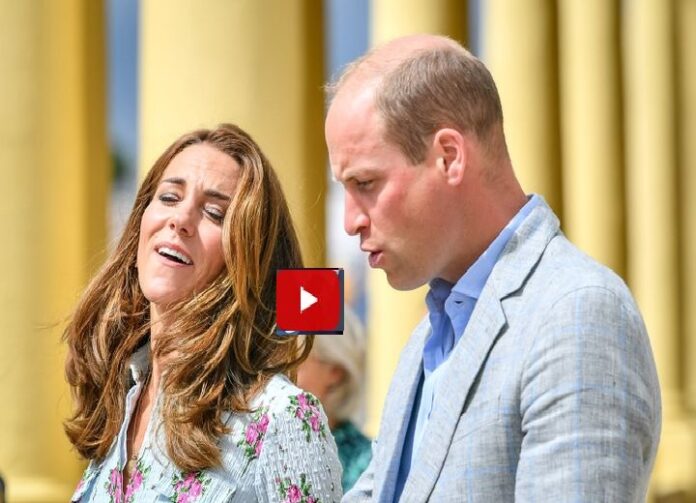 William and Kate are so in love that in spite of their trying hard not to show any PDA, some of it just comes naturally. Prince William and Kate look adorable & cute together and almost every happy and married couple will be able to relate.

It was a surprise for all of us when we saw the Duchess of Cambridge, Kate, joining the royal family at Westminster Abbey for the 100th year of RAF celebrations in 2018. This is so because Catherine, who is on maternity leave until the fall season, was not confirmed to attend the service, but she made a surprise appearance with her family.

It was during the Royal Air Force celebration when Prince William appeared to tell Kate Middleton to pick up the pace. Much to the delight of long-time married couples everywhere, the hilariously relatable ordeal was caught on cameras everywhere. Apparently, the Duchess of Cambridge wasn’t moving fast enough.

And this very act of Kate prompted the Duke of Cambridge to gently nudge her along and then smile as if nothing happened. See the video below. On talking to Susan Constantine, a human behavioural expert, she said: “It was as if the Duke of Cambridge, William is going, ‘come on, wake up, here we go’.

Well, to be fair, she just gave birth to little Prince Louis at that time back in 2018. And, we imagine watching after him and keeping up with Prince George and Princess Charlotte is no easy task.