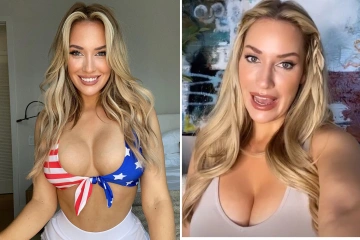 The golf influencer, 29, has lit up Instagram with her skills on the fairway, as well as glam bikini photoshoots.Because of that, she’s amassed over 3.6 million followers who stay tuned for her next post.Incredibly, she’s built a business empire worth around £3.1million for all her endeavours.
This is how Paige managed it…
Brand ambassador 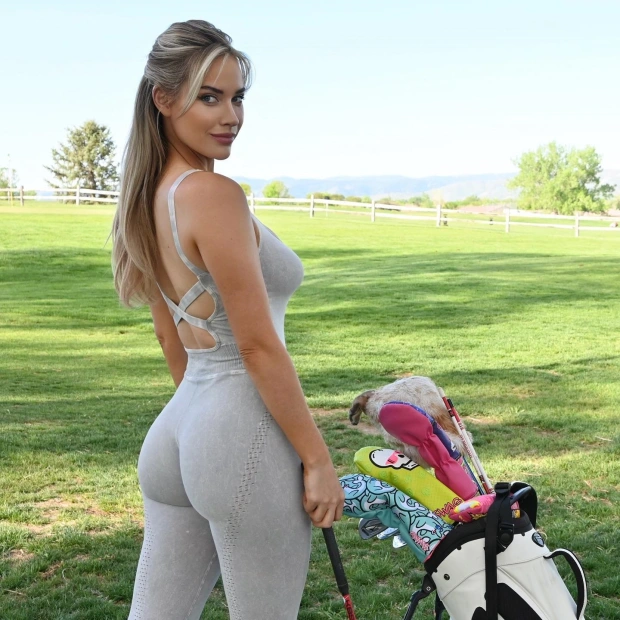 A career outside of playing began in 2017 for Paige, when she signed with Parsons Xtreme Golf and represented its golf clubs in adverts on social media and TV.That same year the blonde bombshell became the face of 18Birdies – marketing its golf app in the US.Men’s fashion label Mizzen + Main got Paige onboard to plug their clothing, a brand worn by Phil Mickelson, in a hilarious ad.While Philip Stein Watches also signed the beauty up to a campaign as an ambassador.Last year, she joined PointsBet, a global bookmaker, and took an equity stake in the company to become a significant shareholder.
Sexy calendars 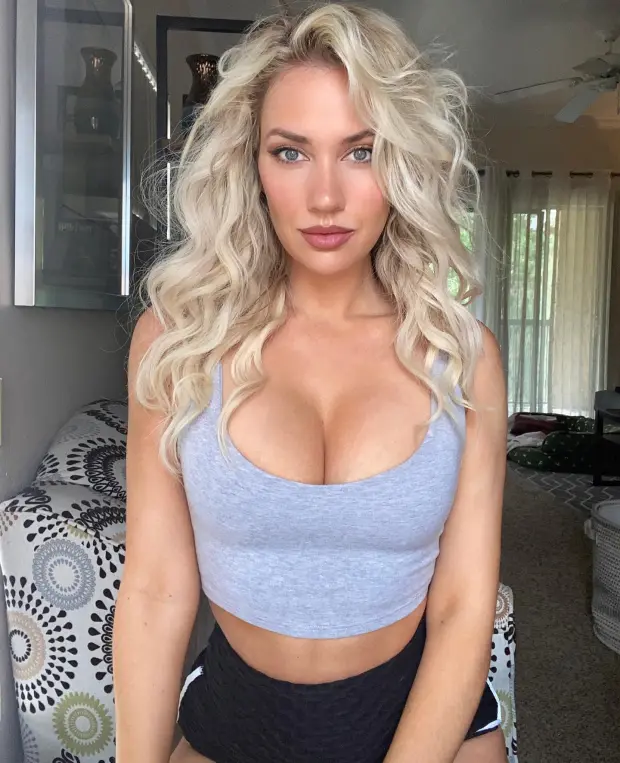 Maxim voted Paige the ‘World’s Sexiest Woman’, so of course she’s going to cash in.Her 2023 calendar (the first she’s ever shot) is already on sale and turning heads.Selling for £22, she shared a picture in a revealing black bikini, as well as all the deets.She said on Instagram: “Calendar is now available to buy!”This was a very special project for me. I found the location @therustyskilletranch, styled every look, did my own hair and makeup, and the best part is my mother shot every picture.”It was just the two of us.”Hope you enjoy the calendar and all the hard work we put into it! Link in bio to buy.”The merchandising doesn’t end there either – with T-shirts, posters and beach towels all sold through her official website.Instagram 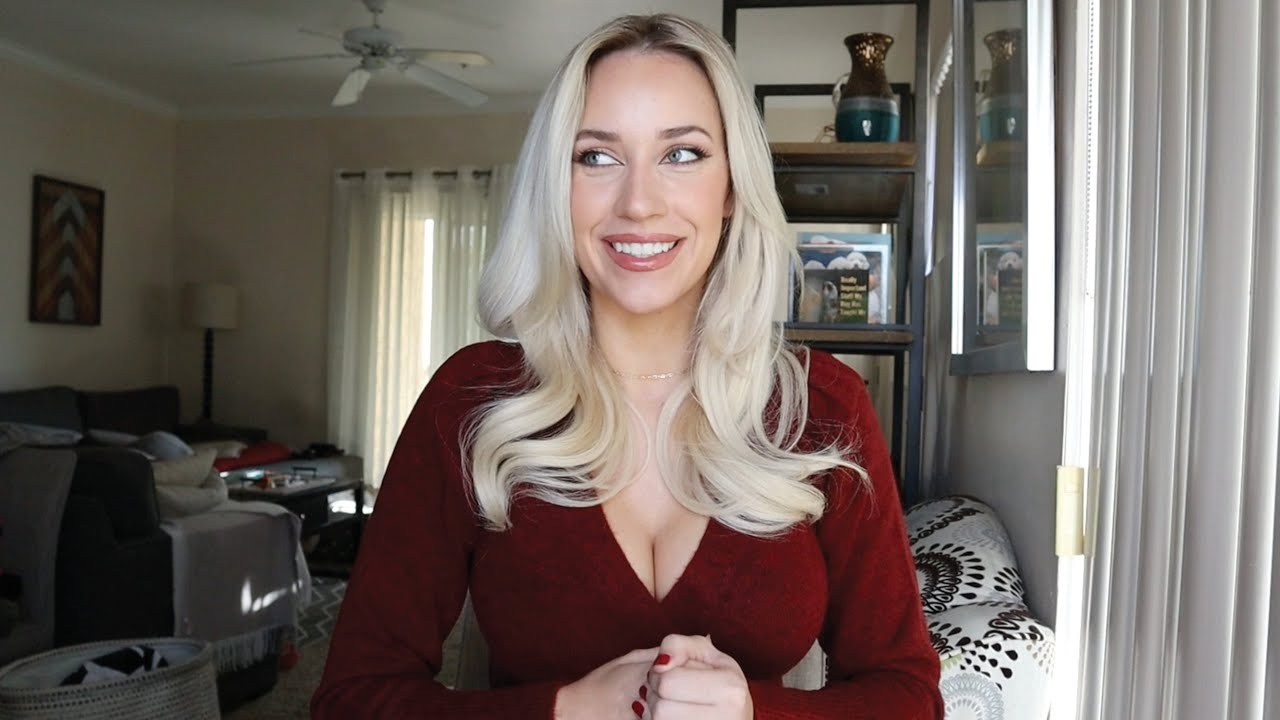 As a golf influencer, Paige is a hot commodity.

Blessed with stunning looks as well as talent, it’s no wonder a host of companies are queuing up to have her peddle their products.Regularly, she gives shout outs, models garments and tries equipment from various golf companies.And isn’t just sports brands, American label BYLT had Paige showing off her stunning curves in a bodysuit.It reportedly costs around £12,500 to have Paige promote you – more than Tiger Woods.
Towels
When it comes to equipment a golfer needs as he makes his/her way round a course, a towel is an essential.
That’s why Paige has launched her own towel brand — ironically called Happy Place, which has been embraced by the golf world.
Rather brilliantly, she flagged it up with a photoshoot that referenced the Adam Sandler movie ‘Happy Gilmore’.Dressed in skimpy lingerie, holding two beers in her hand, she was exactly what Sandler’s character in the film imagines is his ‘Happy Place.’Podcast 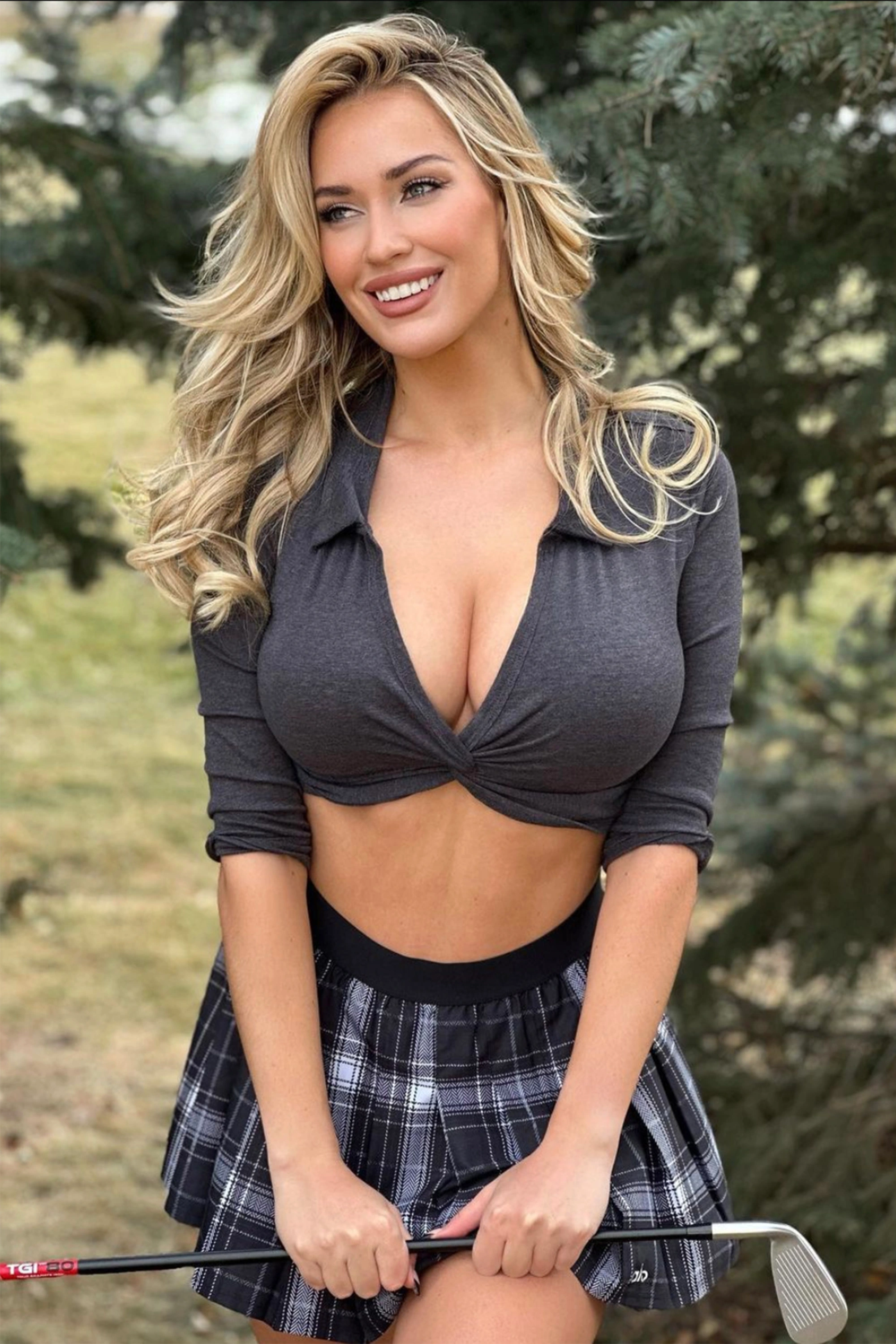 Back in 2020, Paige launched her podcast.Imaginatively called Playing A Round, she talks candidly about the sport and recently used it as a platform to slam sexism in golf.She spoke of how spouses of famous male sport stars were better known for being “so-and-so’s wife” rather than for their own achievements.Referring to Camille Kostek, wife of NFL star Rob Gronkowski, she said: “When it comes to talking about if there is a successful counterpart, it’s always so and so’s boyfriend.”Take Camille Kostek, she has her own career. “She’s very famous, and people refer to her as ‘Gronk’s girlfriend’.”Paige also tore into it being seen as a “good thing” that a man has a “hot girlfriend” – using Dustin Johnson’s partner Paulina Gretzky as an example.She continued: “It’s always like a good thing when a guy has a really hot girlfriend or wife.”But that doesn’t apply to a woman.”And it’s just really weird how [fans seem] so turned off by seeing that.”But they love it when they get to see Paulina [Gretzky].”It’s a form of sexism in a way..when it comes to men, having a hot wife or girlfriend is the greatest accessory that anyone could ever have.”