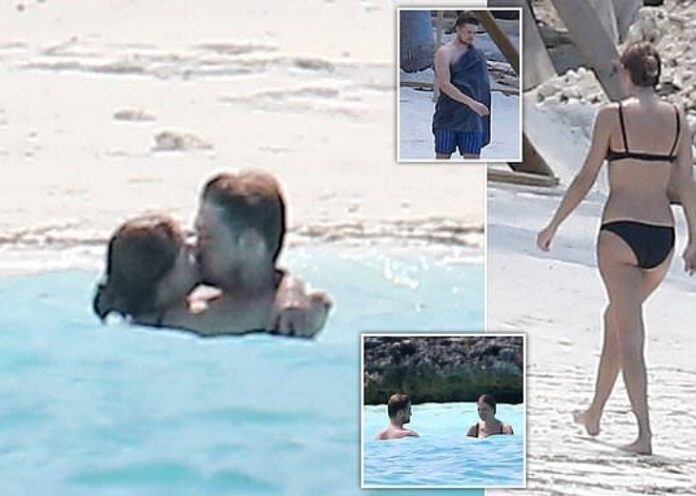 Taylor Swift and Joe Alwyn are enjoying a tropical getaway to the Bahamas.The smitten couple, who have been going strong for nearly six years, shared a rare PDA on Sunday as they exchanged passionate kisses during a swim in the sea.Taylor, 32, looked gorgeous in a chic black bikini as the pair spent their day swimming and sunbathing before retreating to their Airstream trailer parked up on the beach.The couple, who first started dating in 2016 after meeting at that year’s MET Gala, looked more in love than ever as Taylor wrapped her arms around the actor, 31, during their swim. 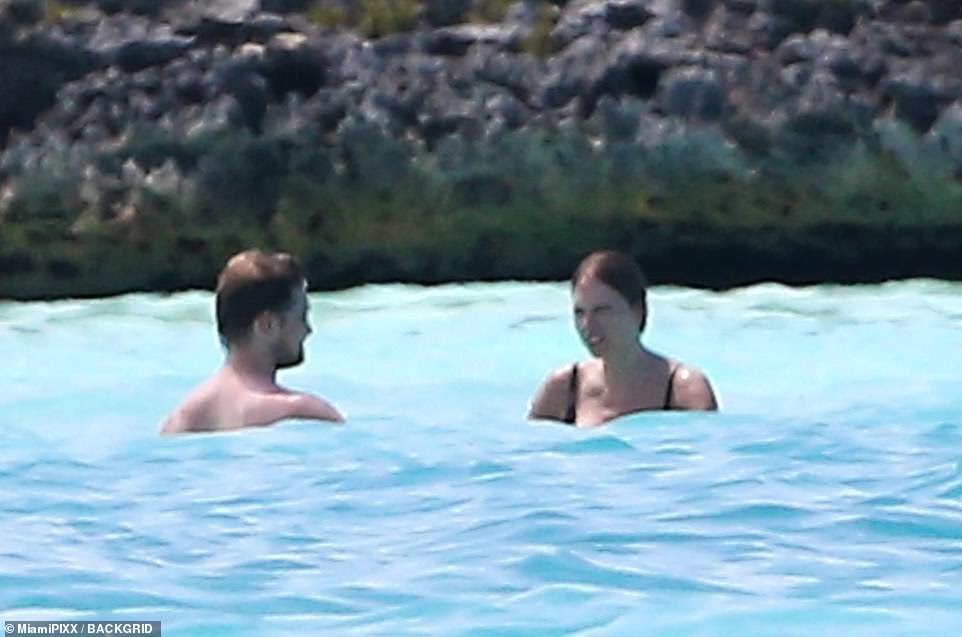 They stayed locked together exchanging kisses before the Shake It Off singer headed back to shore, showing off her figure in a black bikini.Taylor and Conversations With Friends actor Joe have chosen a stunning setting for their break, parking their luxury Airstream, which is reportedly on loan from Lenny Kravitz, up near the shore.Taylor is close friends with fellow singer Lenny’s daughter Zoe. 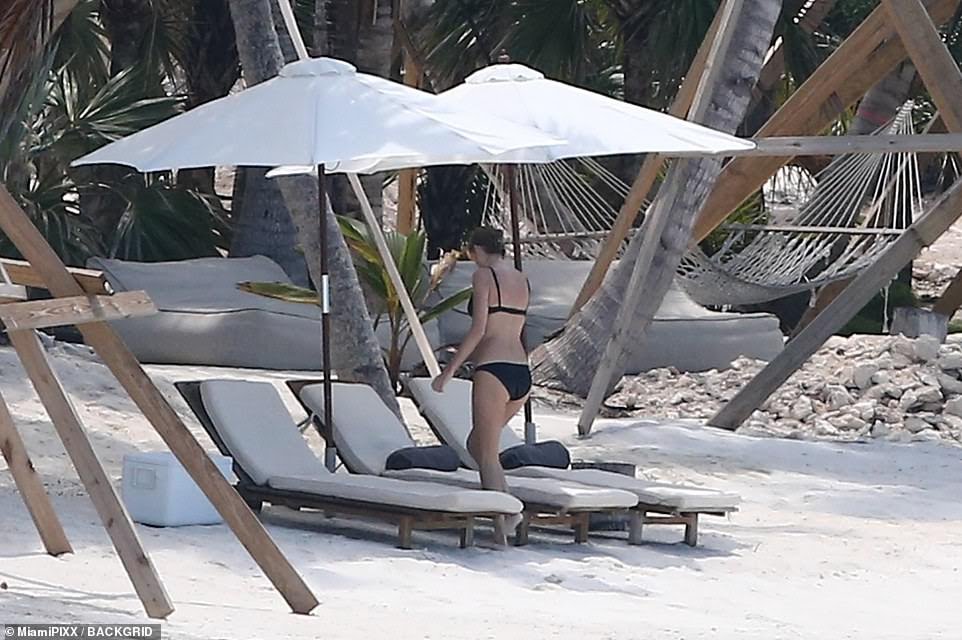 It’s been a busy few months for both Taylor and Joe. The pair have reunited for their break after Joe spent time at the Cannes Film Festival to promote his latest project Stars at Noon, a romantic thriller from famed French director Claire Denis.Taylor meanwhile debuted All Too Well: The Short Film at the Tribeca Film Festival in New York City this month. Taylor and Joe have been splitting their time between the U.S. and London in recent years, between a £7million pad in Primrose Hill and her ‘main house’ in Nashville. 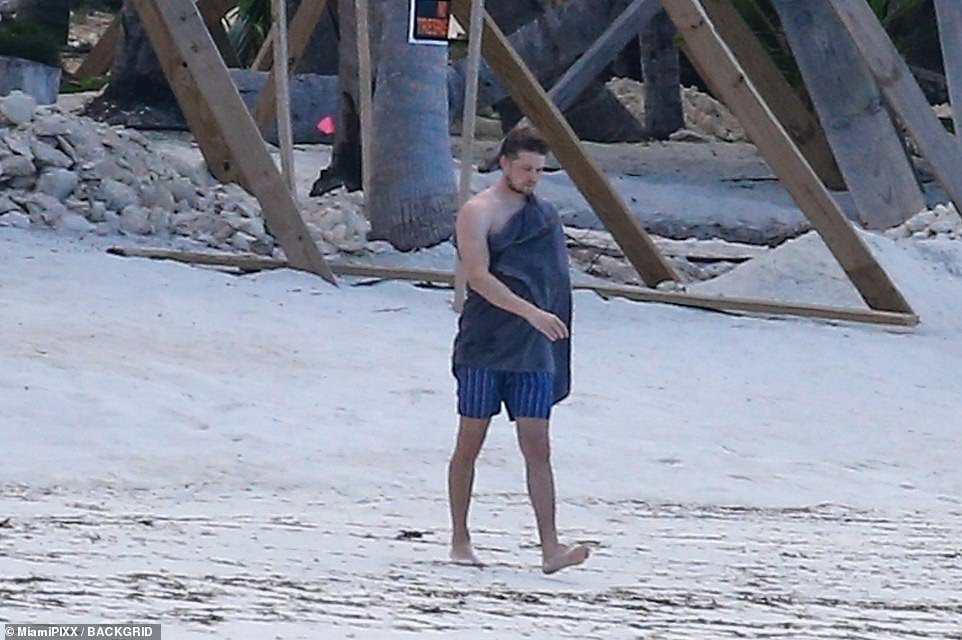 The pair have continued to keep their relationship very private but have faced both engagement and marriage rumors over the course of the past year.In September 2018 the Mary Queen of Scots actor first spoke about their decision to keep the relationship private in conversation with British Vogue.’I’m aware people want to know about that side of things. I think we have been successfully very private and that has now sunk in for people…but I really prefer to talk about work,’ he shared.And months later he continued to defend to Esquire why they’ve chosen not to go more public with their relationship. 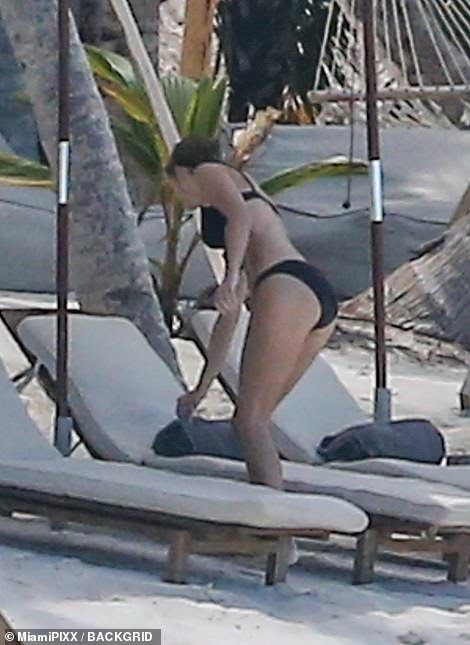 ‘I didn’t seek out advice on that,’ he said when asked about whether or not he had received advice about navigating a high profile relationship….Because I know what I feel about it. I think there’s a very clear line as to what somebody should share, or feel like they have to share, and what they don’t want to and shouldn’t have to.’By March 2019 engagement rumors began to swirl after an insider told Us Weekly that the singer was all in on Joe.’Taylor’s friends are all talking about a proposal and how she really wants to marry Joe. He’s her dream guy.’In an August 2019 interview with The Guardian Taylor maintained that she doesn’t share more because the relationship ‘isn’t up for discussion.’

‘I’ve learned that if I do, people think it’s up for discussion, and our relationship isn’t up for discussion,’ she said, adding that it’s a ‘boundary’ she’s set for herself that keeps her life ‘feeling manageable.’But she publicly thanked him while accepting the Grammy for Album Of The Year and just two months later it was reported that they had ‘discussed future plans,’ and that she can ‘see herself marrying Joe one day,’ according to Entertainment Tonight.Most recently Joe told WSJ Magazine in April: ‘If I had a pound for every time I think I’ve been told I’ve been engaged, then I’d have a lot of pound coins. I mean, the truth is, if the answer was yes, I wouldn’t say, and if the answer was no, I wouldn’t say.’