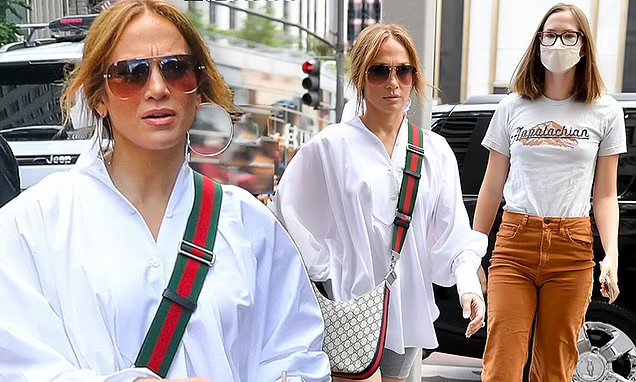 Jennifer Lopez has been seen spending time with her teenage stepdaughter, Violet Affleck, while in New York City to celebrate husband Ben Affleck ‘s 50th birthday. The 53-year-old singer has been spending time with her newly blended family and seemed happy to be in the company of Violet, 16, as they were ushered into a building.While JLo was guided by her security guard to the revolving doors from their vehicle, Violet looked a little more apprehensive as the singer garnered some media attention in the street. 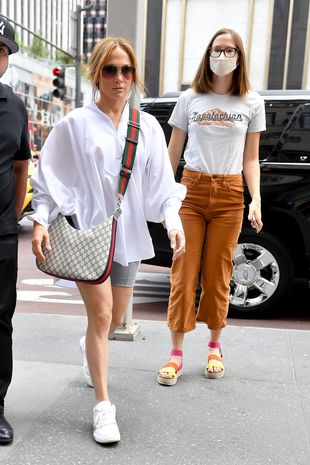 Jennifer was keeping it casual as she wore a white blouse and grey shorts while carrying a Gucci crossover bag and wearing aviator sunglasses.Teenage Violet had an Appalachian T-shirt and rainbow platform sandals, and opted to wear a face mask for their trip to the midtown area of the city.Jennifer and Ben have been tripping about the globe in recent weeks with the newly wed pair enjoying a honeymoon in Paris.They then headed to Italy where JLo was headlining a UNICEF concert in aid of Ukrainian relief, while they were in Capri.
On Tuesday Ben and Jen will celebrate their first month of married bliss. 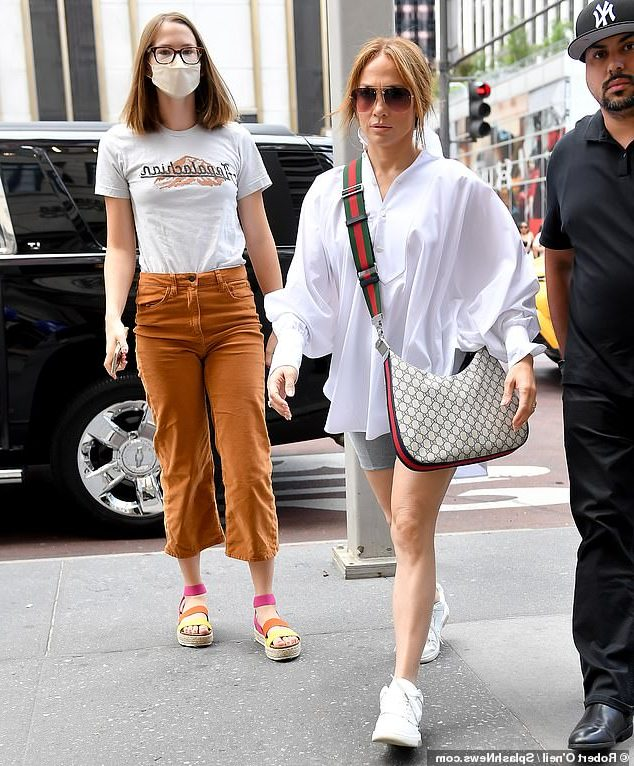 This comes after reports that Ben was looking a bit down in the dumps as he got ready to board a flight to take the family to his 50th birthday celebrations. TMZ reported: “The newlyweds boarded a private plane Saturday at the Van Nuys Airport in L.A. with some of their kids in tow. “We recognise two of BA’s children here, but it’s unclear if Jen’s young ones are already inside or even there at all.

In any case, this trip is a family affair.”Ben shares three children, daughters Violet, 16, and Seraphina, 13, and son Samuel, 10, with his ex-wife, Jennifer Garner who he was a married to from 2005 until 2008.While JLo shares 14-year-old twins Emme and Max with her ex-husband Marc Anthony, who she was married to from 2004 until 2014.