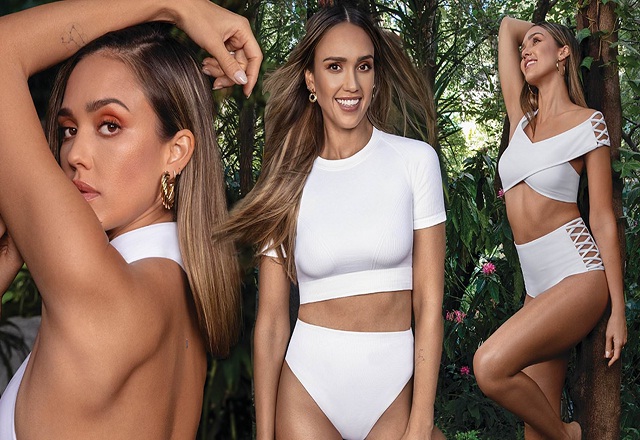 The pandemic has forced me to be comfortable with things not being completely buttoned up, with allowing myself to not always have the answer, for mistakes to kind of stay as is,’ the 39-year-old mother-of-three said in the January/February edition of Women’s Health. 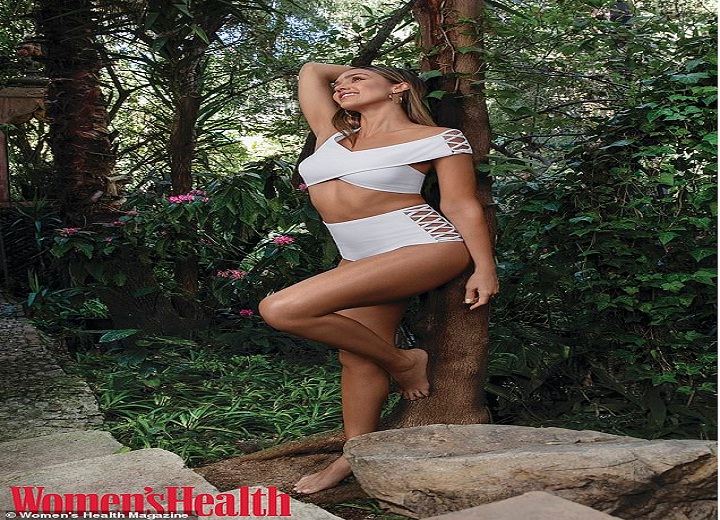 ‘It’s also reinforced that real joy comes from the moments when, you know, we’re playing a game with the kids at dinner, or when [my son] Hayes wants to show us his latest trick on the scooter, or from our family walks.

Make-up artist Aurora Bergere made sure Jessica was ready for her close-up and her loyal hairstylist Brittney Ryan coiffed her shiny brunette mane for the shoot. 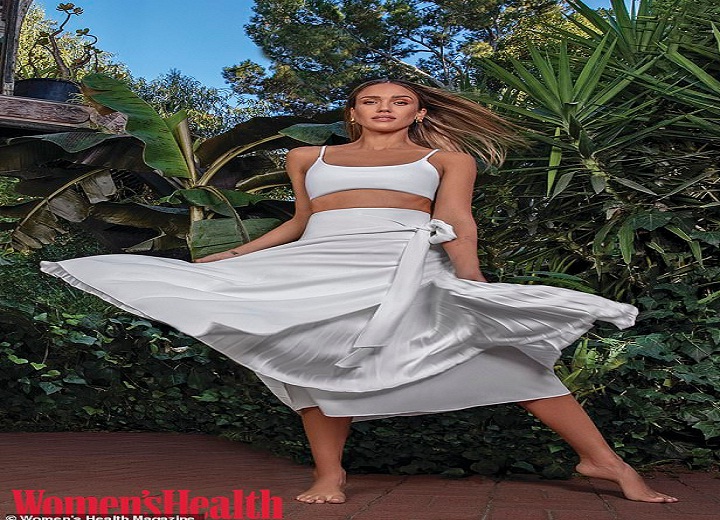 Alba currently works out two to four times a week in her home gym, occasionally doing reformer Pilates in a COVID-safe environment.

‘I always thought, I need to sweat out my weight in water, I need to have muscle failure, I need to feel like I just ran a marathon—that’s how hard I needed to work out,’ the Joe Biden supporter explained.

‘I’ve learned to mix it up and not feel like a failure if I’m not, you know, killing myself.’ As for diet, Jessica avoids alcohol and eats plant-based meals four days a week but ‘all bets are off’ on Fridays, Saturdays, and Sundays: 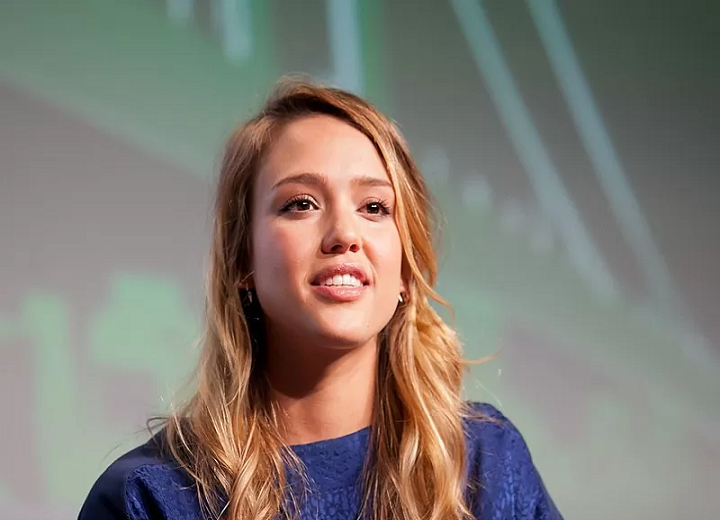 ‘That feels like moderation to Alba makes time in the mornings to wear a soothing face mask and whenever she’s anxious she holds on to one of her many crystals and does breathing exercises.

‘I try to focus on the energy of love, kindness, and calming,’ the Pomona-born beauty noted.

Connecting to my breath calms me down. Then if I can do some kind of movement every day, in a way, that’s my meditation.

After Christmas festivities, Jessica and her husband Cash Warren will celebrate the third birthday of their youngest child, son Hayes, on December 31. 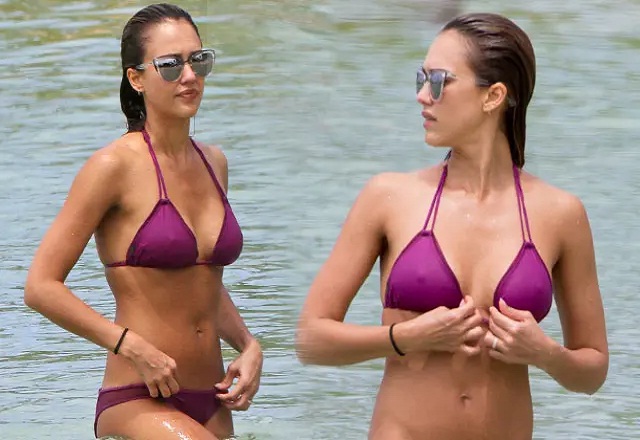 The biracial married couple of 12 years originally met on the 2004 set of Fantastic Four, which starred Alba and was produced by Warren.The L.A.’s Finest producer-star – whose Spectrum series was canceled on October 14 – will soon begin production on a Disney+ travel docuseries based on Christine Gross-Loh’s 2014 book, Parenting Without Borders.