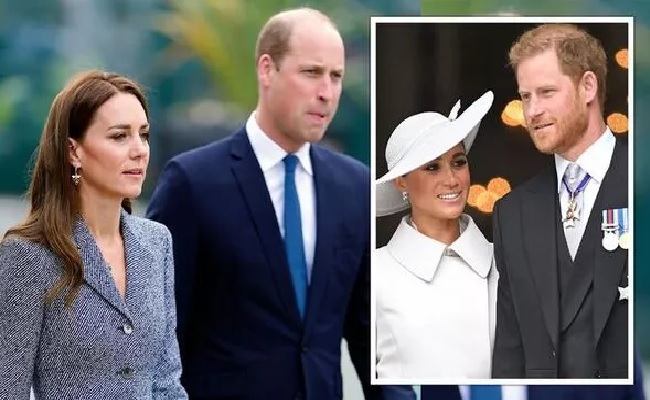 Kate and William, who were seen with their three children throughout the Platinum Jubilee celebrations last weekend, are said to be moving to a house on the Queen’s Windsor estate this summer. The royal couple will keep Kensington Palace as their family’s London home, and continue to visit their Norfolk home, Anmer Hall, according to the Sunday Times. Royal commentators Rachel Bowie and Roberta Fiorito discussed how the move will cause tension with Prince Harry and Meghan Markle on their Royally Obsessed podcast.

Ms Bowie said: “It’s right next to Frogmore Cottage. “Harry and Meghan are right over there, there’s going to be some tension.” Ms Fiorito added: “Also, this move is expected to significantly change the dynamic in Windsor where the Duke of York has the most contact with the Queen. “I think that’s fascinating. Of course the school tie in for the kids.” Kate and William are eyeing up the four-bed Adelaide Cottage which is just a 10-minute walk away from Frogmore Cottage where Harry and Meghan lived.

The Duke and Duchess of Sussex renewed their lease of their house in Windsor, The Sun reported. They stayed there when returning to the UK for the Platinum Jubilee celebrations. One insider told the Sun: “It is quite a signal that they aren’t going to disappear. They could easily give up Frogmore as their life’s now in California. “By agreeing to extend the lease, and with Jack and Eugenie focusing on Portugal, they have a firm presence smack bang in the middle of the Windsor court where it’s all happening. “They can now come and go any time they please. 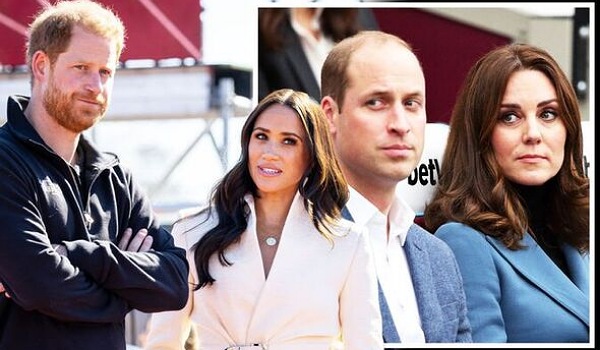 “The coming year could be one of the most tumultuous in royal history and the Sussexes are making sure they have a foothold in Windsor.” A Buckingham Palace spokesman said: “Frogmore Cottage remains the UK home of The Duke and Duchess of Sussex.” It comes as the Duke of Sussex appeared to issue a veiled warning to those closest to the Queen, saying he wanted to make sure his grandmother was “protected” and had “the right people around her”. Interviewed by a US network, Harry did not elaborate on whether he was referring to royal aides or members of his own family, but spoke positively about seeing the Queen with “some element of privacy” after two years away from the UK.

When asked if he missed the Prince of Wales or Duke of Cambridge, Harry, who is in the Netherlands hosting his Invictus Games, side-stepped the question and said he was focused on the competitors and their families. His comments are likely to deepen the rifts between the duke and the institution of the monarchy and his family, who until a few years ago appeared to have his backing.