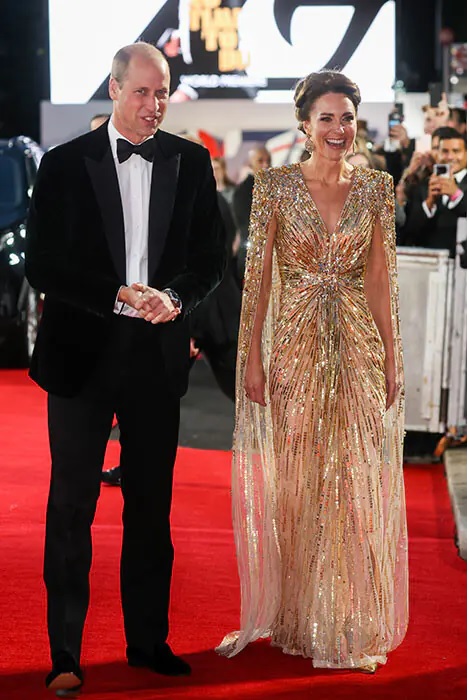 PRINCE WILLIAM revealed a more introverted side as Kate Middleton stunned at last night’s James Bond premiere, according to a body language expert.The Duke and Duchess of Cambridge wowed crowds at last night’s premiere for the latest James Bond film, No Time To Die.

Kate looked every bit the Bond girl in a floor-length Jenny Packham gown and cape emblazoned with gold sequins. Prince William also dressed the part in a 007-style black tuxedo, but a body language expert says a “secret gesture” revealed a much shyer side to the future king.

“Beaming and standing almost shyly and sheepishly with his hands in the fig-leaf pose, or rubbing his hands together as they walked along.”

Ms James likened Kate’s glamourous look to “the golden days of Hollywood” and said she “managed to eclipse an entire red carpet of Bond stars”. 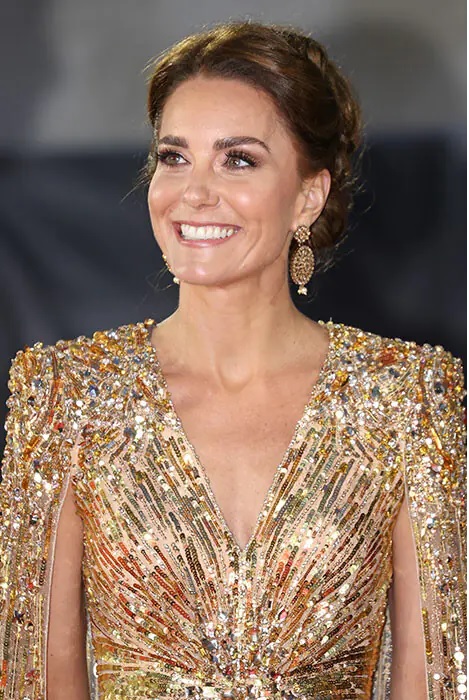 She continued: “A dress like that requires confidence and elegance to do it justice and, with no bag in her hands to clutch at, Kate more than did it justice.

“Walking the length of the carpet with her arms hanging at her sides and only joining her hands with a light touch of the fingers when she stopped to speak and laugh with her hosts.” 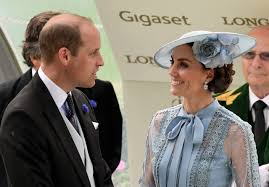 The highly anticipated movie is the 25th in the James Bond franchise and the last to feature Craig as the title character.The film will be released in cinemas tomorrow.