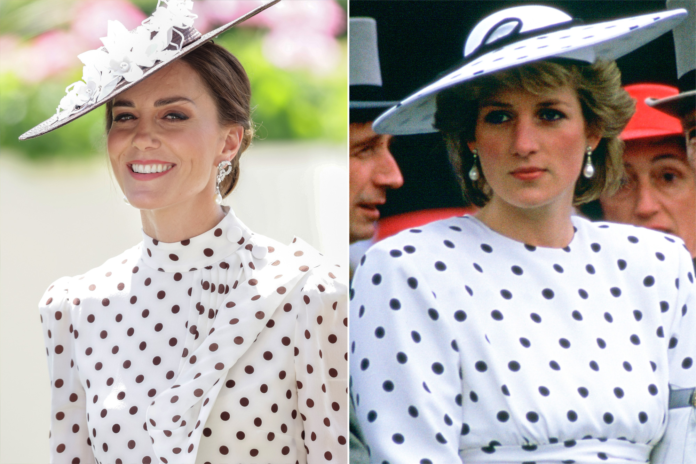 The Duke and Duchess of Cambridge endured sweltering heat, and Queen Elizabeth skipped the festivities for the fourth day in a row.Kate Middleton paid tribute to her mother-in-law while making her 2022 Royal Ascot debut with Prince William.On Friday, the Duke and Duchess of Cambridge led the royal family in the carriage processional at the popular horse race. The mother of three wore a brown and white polka-dot dress by Alessandra Rich, which was paired with a matching floral hat by Sally-Ann Provan and South-Sea pearl earrings that once belonged to Princess Diana. The late royal wore the jewels for many occasions during the ‘90s.Middleton’s style was similar to the polka-dot ensemble Diana wore for the Epsom Derby in 1986. For that racing event, the Princess of Wales wore a dress by Victor Edelstein that was complemented with a dotted hat by Frederick Fox. 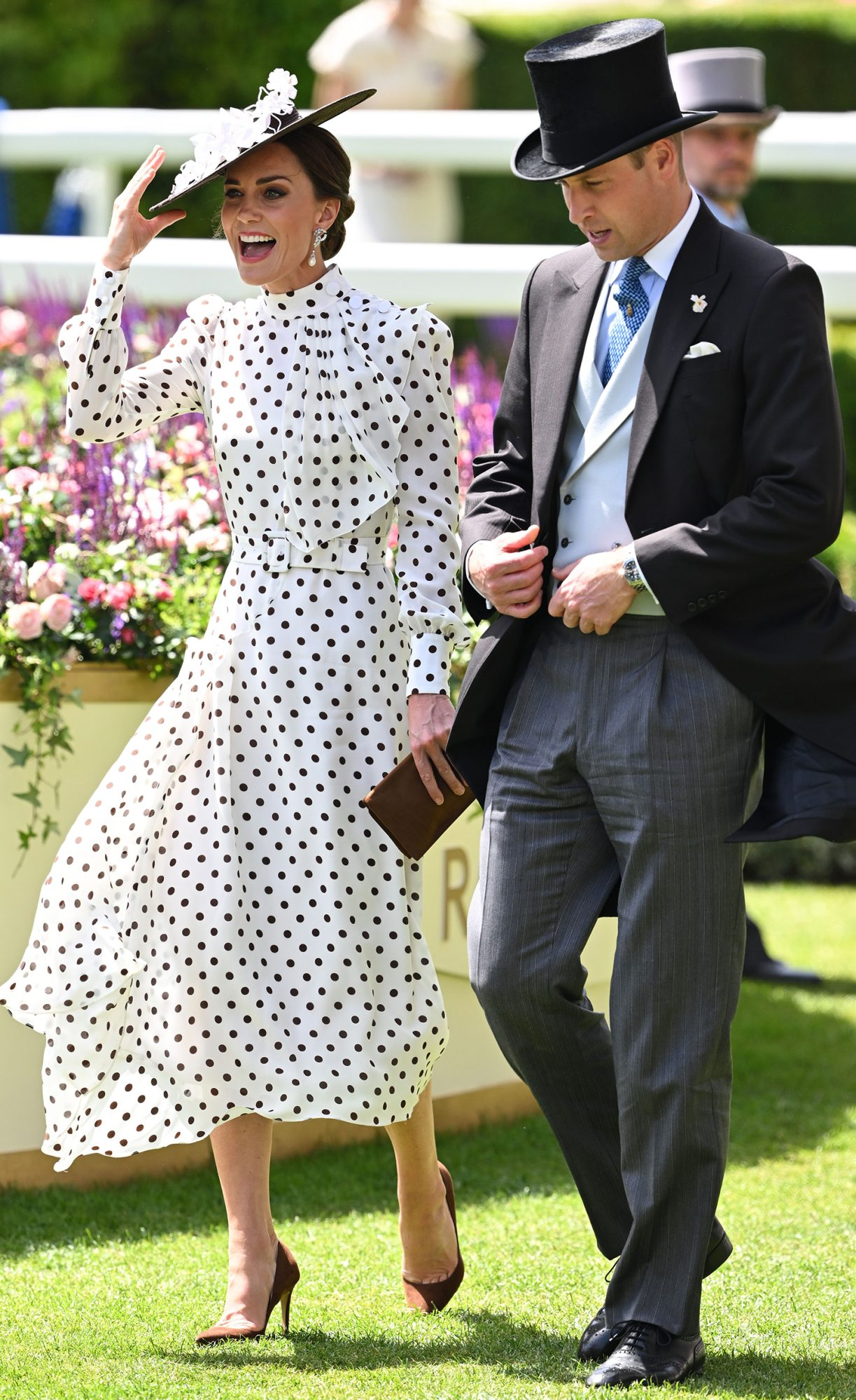 William and his brother Prince Harry inherited their mother’s jewelry collection. Their wives are known to wear the pieces for public outings. William, 39, proposed to the duchess with the sapphire and diamond engagement ring that belonged to his mother. As for Harry’s spouse Meghan Markle, her engagement ring features two diamonds from Diana’s collection.During the Trooping the Color parade earlier this month, Middleton channeled Diana by wearing her diamond and sapphire earrings, along with a matching necklace. Diana wore the accessories to the 1996 Met Gala. 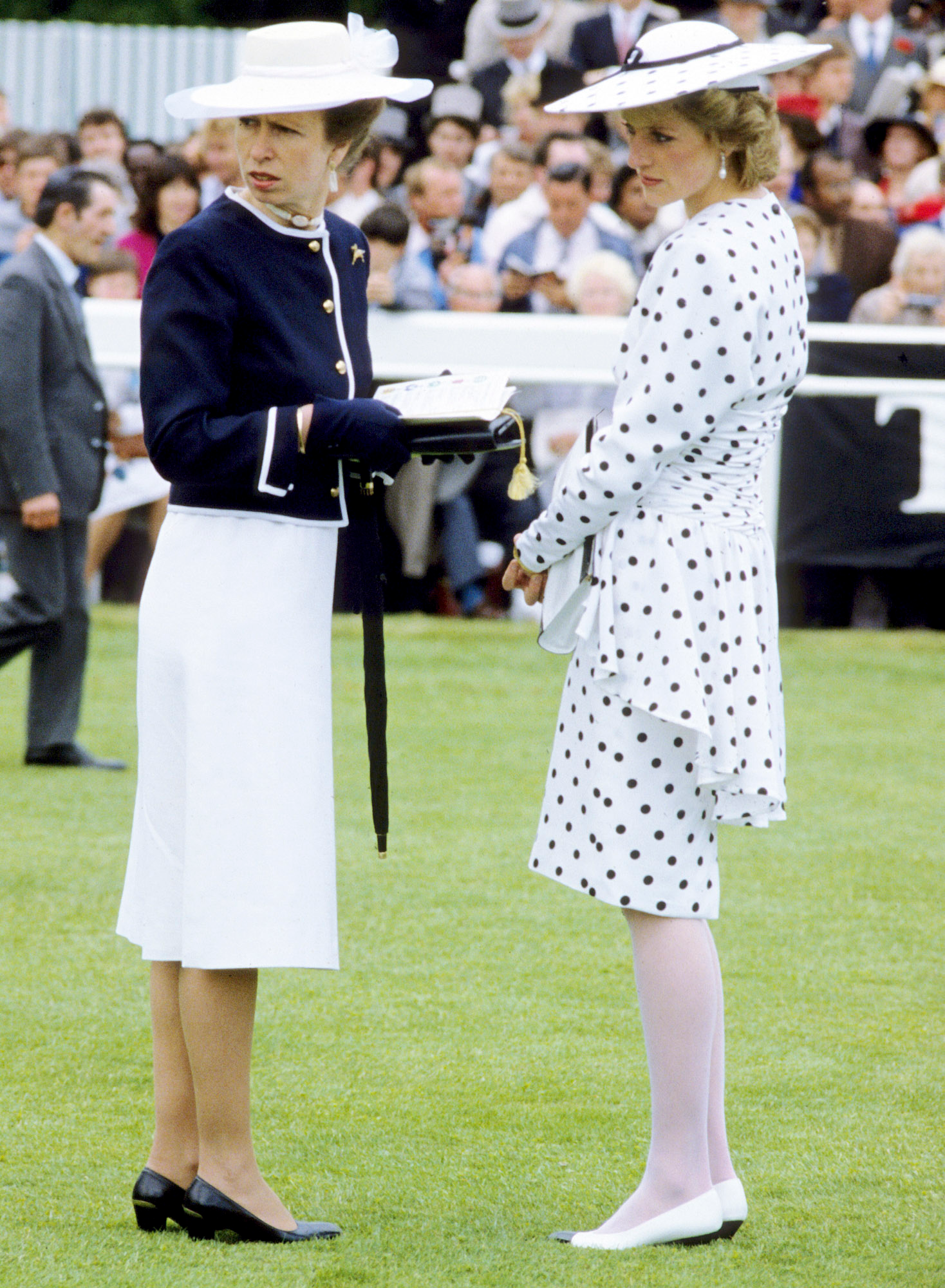 People also drew comparisons to Middleton’s entire look being inspired by another Diana moment in 1991. At the time, the princess wore an all-white look to watch a parade of military personnel who served in the Gulf War.The concept of Middleton honoring Diana through fashion isn’t new. In 2018, the duchess attended a state banquet at Buckingham Palace and wore the Lover’s Knot tiara. It was a favorite of Diana’s and was worn by the queen several times.Middleton’s style wasn’t the only thing sizzling during Friday’s event.Due to sweltering temperatures, the Ascot authorities relaxed their no-nonsense dress code. Men were allowed to remove their jackets and ties. All spectators were also permitted to bring water and soft drinks into the area. 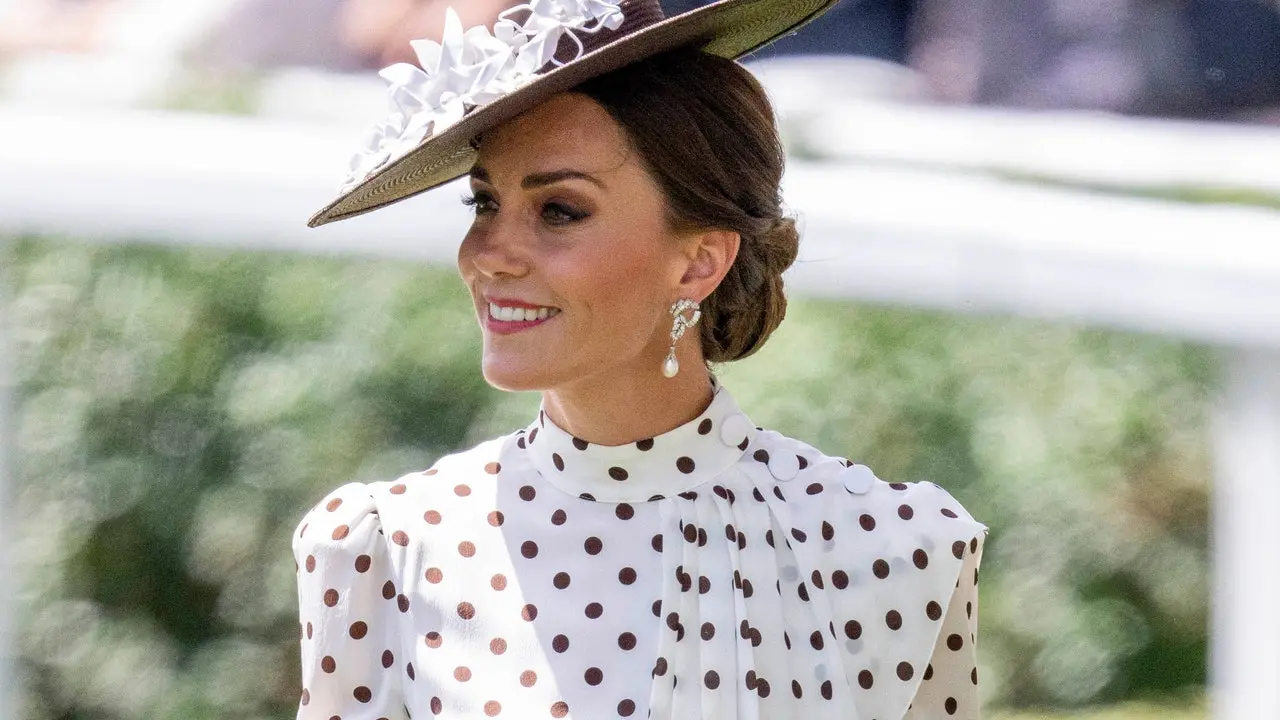 Still, all racegoers were expected to arrive at the course in full attire, including jackets, ties and hats, along with a vest or waistcoat and a tailcoat. The women were required to keep their dresses at a modest length and wear hats.For the fourth day in a row, Queen Elizabeth was absent from the festivities. The monarch, 96, has been suffering from ongoing mobility issues, which means the palace cannot reveal until hours beforehand whether she’ll attend an event. She has been limiting her appearances, including during her recent Platinum Jubilee, which marked her 70 years on the throne.There is a possibility she will surprise guests with an appearance on Saturday.