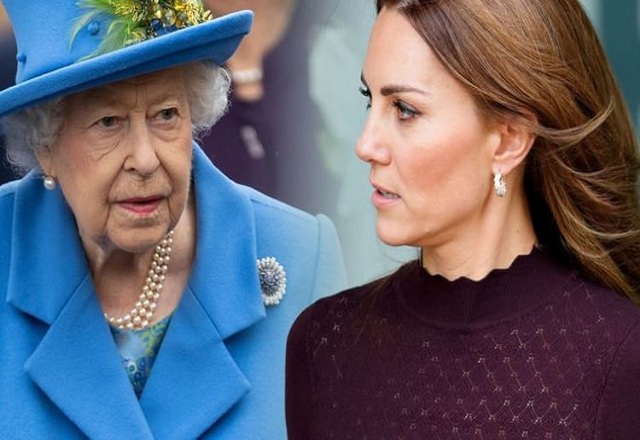 Kate, Duchess of Cambridge returned to Wimbledon on Saturday to watch the Women’s Singles Final between Kazakhstani Elena Rybakina and Tunisian Ons Jabeur. On Sunday, the final match of the fortnight will see world number three Novak Djokovic take on Australia’s Nick Kyrgios as they battle it out for the win.

As Royal Patron of the All England Club, Kate typically hands out the winners’ trophies at the end of the competition. The Duchess made her first appearance at the historic tournament on Tuesday to watch British number one Cameron Norrie’s quarter-final match against Belgium’s David Goffin.

Accompanied by her husband Prince William, Kate took her seat in the Royal Box at Centre Court. An avid tennis fan, the Duchess is often spotted in the exclusive enclosure. And as well as congratulating the champions, Kate has also comforted those who lost out to the big win.

In 2019, the Duchess consoled Roger Federer after he was defeated by Djokovic in the men’s singles final. But in a break of royal protocol, Kate touchingly put her arm around the tennis star, reportedly telling him that he was “incredible”.

Historically, members of the Royal Family have been reserved when stepping out in public. But Kate is not afraid to show her excitement at the games, often photographed smiling, laughing and reacting to the game playing out in front of her.

The Duchess’ chummy encounter with Federer could be explained by her pre-existing ties to the tennis champ. Back in 2017, Kate cheered on Federer to win his record eighth men’s Wimbledon title against Croatian Marin Cilic. The Duke and Duchess of Cambridge later congratulated the champion, and the Duchess shocked royal fans by giving Federer not one, not two, but three kisses after he made tennis history.

Details of Kate’s friendship with the tennis player emerged following their exchange, with reports revealing that the tennis superstar gave Prince George a private tennis lesson at Carole and Michael Middleton’s home in Bucklebury. Following the lesson, Federer described the heir to the throne as a “sweet boy” and commended his skills in the sport.

He told reporters at Wimbledon 2019: “I love to see that they’re [royal children] into tennis or into sports,” adding that the eight-year-old prince had a “good swing”. Federer continued: “His mum has always enjoyed tennis. I hope he’ll stay the same in a few years’ time and this is not just an in-the-moment situation.”

When asked about a comment made by Kate during a royal engagement that he was George’s favourite tennis player, Federer said: “I think I have a little advantage that I actually spent some time with him, so maybe I’m the only player he’s ever met. “Then you have a little head start into who is your favourite player.”

And Federer is not the only tennis legend who Kate and William have gone to for advice about teaching their children tennis. During 2018’s tournament, the Duchess reportedly asked Djokovic for some tennis tips. Kate and William spoke to the Serbian after his victory over South African Kevin Anderson.

Djokovic asked Kate: “How are your children?”, to which Kate replied: “Yeah, very well”. William then said: “Very well thanks, very well… Trying to get a tennis racket in their hand – and a football!” A source close to the Cambridges said they asked Djokovic how George can improve at tennis. The source said: “She [the Duchess] says with George just being four he wants to whack a ball, so she was asking what sort of stuff she should be doing.