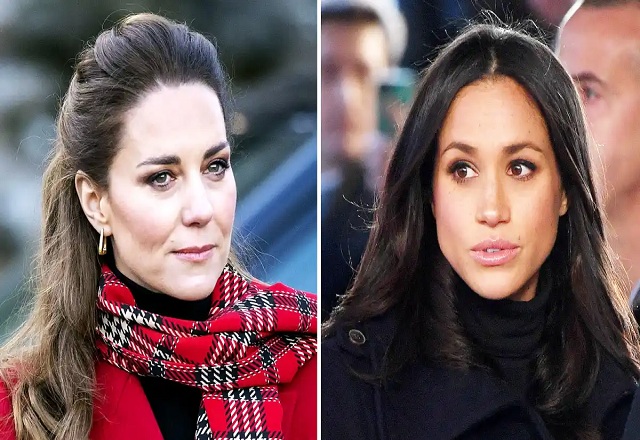 Kate, Duchess of Cambridge, who is Royal Patron of the All England Club, is likely to make an appearance at Wimbledon over the finals this weekend. World number three Novak Djokovic is set to take on Australia’s Nick Kyrigios in the men’s singles on Sunday, and Kazakhstan’s Elena Rybakina and Tunisian Ons Jabeur will battle it out this afternoon.

In her role as patron, Kate typically presents the winners’ trophies at the end of the fortnight-long tournament. The Duchess caused a flurry of excitement when she made her first appearance at Wimbledon this year with her husband Prince William.

Kate and William were spotted in the Royal Box on Tuesday to watch the quarter-finals, but they did not return to the SW19 courts for the semi-finals, as some royal watchers expected.

The Duchess is an avid tennis fan and is a regular fixture in the Centre Court’s exclusive enclosure. Over the years, she has been spotted with the likes of Prince Edward, Duke of Kent, her parents Carole and Michael Middleton and Pippa Matthews.

But no visit drew as much attention as her joint appearance with Meghan Markle in 2019. It came amid reports of a rift between the two women and their husbands; the couples had recently decided to split their households, with Meghan and Prince Harry relocating from Kensington Palace to Frogmore Cottage, and their staff moving to Buckingham Palace.

As we know now, Kate and Meghan’s relationship had already been tested a year before, when a row over a flower girl dress ensued ahead of Meghan and Harry’s Royal Wedding. According to Meghan, Kate made her cry at a bridesmaid dress fitting. According to those close to Kate, it was the other way around.

Writing for the New Zealand Herald, royal expert Daniela Esler claimed that Meghan and Kate’s relationship appeared “seriously fractured” during their Wimbledon appearance. She said: “Kate and Meghan fronted up to Wimbledon together, with Pippa Middleton in tow. “With the eyes of centre court, the UK press and live TV cameras on them, both women smiled and chatted like jolly good chums.

“The difference between their off and on-duty demeanour could not have been more marked. “Kate and Meghan would have known there would be cameras there and the lenses would be trained on them. “The fact they did not seem to feel the need to put on a cheery, chummy spectacle of sorts would suggest things had already fractured seriously behind the scenes.”