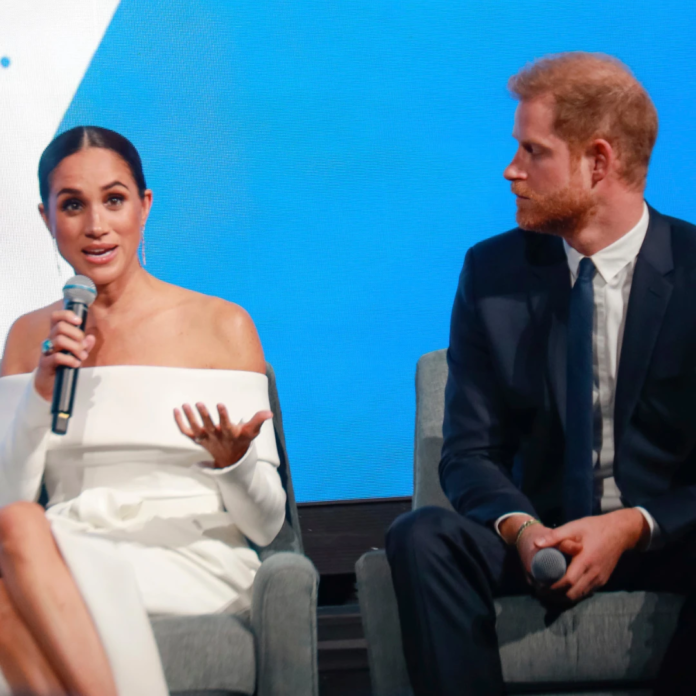 A years-old QAnon-style conspiracy surrounding Meghan Markle has been reignited with the launch of Netflix’s Harry & Meghan documentary series.The conspiracy revolves around the false theory that variously claimed Markle used a surrogate, that her children with Prince Harry were not even hers, and, in extreme cases, that her children do not even exist. And on Sunday, one of the women who created the conspiracy was handed back her Twitter account.“Biggest thank you in the world Elon,” Sadie Quinlan, a woman in her mid-60s from Wales, tweeted to Twitter’s CEO on Sunday. Quinlan was one of a small handful of women, which also included Markle’s half-sister Samantha Markle, who concocted these lies and produced doctored images in a private chat group to promote the conspiracy. On Tuesday morning, Quinlan also launched a new YouTube channel, after her previous channel was banned earlier this year for violating YouTube’s policies. Within hours, she had amassed almost 3,000 subscribers while her first video, which attacked Markle’s mental health, generated almost 1,000 comments. 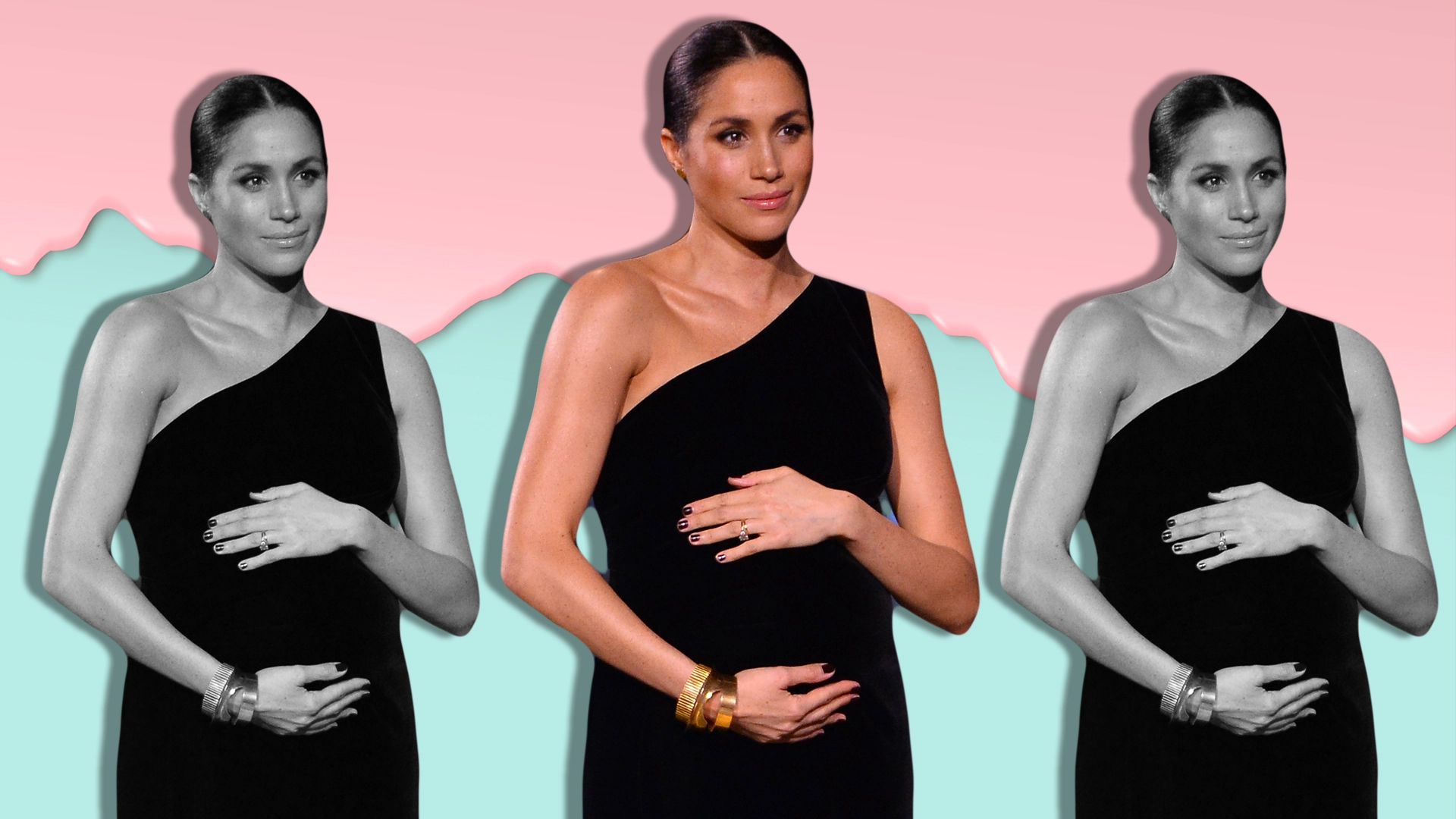 Additional racist and misogynistic attacks against Markle have proliferated online since the publishing of the new documentary series. And the ease with which Quinlan, one of the biggest promoters of a hate campaign targeting Markle, has regained access to huge platforms like Twitter and YouTube shows just how much work these social media platforms have to do in order to counter misinformation and hate speech.  The hate campaign to target Markle began back in 2018 when Quinlan set up a private group on the fringe social network MeWe. Among the most vocal members of the group were Kiz Laird Connolly (known online as Murky Meg) and Natasha Cannell (known online as According_2taz), who, along with Quinlan, would become the primary promoters of the anti-Meghan hate campaign. Samantha Markle, who had become friends with Quinlan online, was also a member of the group.The main conspiracy promoted by the group was the claim that Markle was never pregnant, and had her children via a surrogate. They claimed that Markle wore a prosthetic known as a moon bump. Hundreds of tweets and YouTube videos are dedicated to analyzing photos of Markle at various stages of her pregnancy claiming her bump had disappeared.“The MeWe group was akin to a Meghan Markle disinformation repository. From the MeWe group, the falsehoods and memes spread to Twitter and then to other social media platforms,” misinformation tracking firm BotSentinel that unmasked the hate campaign wrote in a January report. 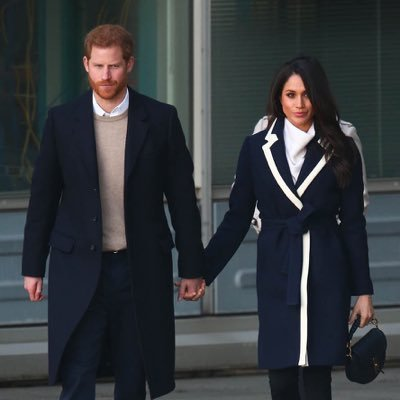 The release of the Netflix documentary, which features photos of Markle during her pregnancy, as well as showing images of an ultrasound reading, has not helped to silence these conspiracies.In fact, the believers of this conspiracy movement have taken the images from the documentary and used them as further proof that the pregnancy was a fake. “They have definitely been reinvigorated by the documentary and they’re still putting out falsehoods,” Christopher Bouzy, a researcher who has been tracking this anti-hate group for years and appeared in the Netflix documentary, told VICE News “You could have a video of Meghan giving birth and they will probably claim that it is CGI. We’re not dealing with rational people here.”More extreme elements of the conspiracy movement claim that the Sussex’ children are not in fact Markle’s and should be removed from the line of succession, while others claim the children are not real at all.“It’s like QAnon, you get people that are susceptible to believing this crap, and you just start putting stuff out there and no matter what you put out there, they’re gonna believe it,” said Bouzy. “And that core group, at some point realized, they could make money off of this and all of them did. All of them created channels that they were monetizing.”The conspiracies were boosted by some tabloid writers and royal correspondents who interacted with Quinlan, Laird Connolly, and Cannell on Twitter, with supporters spamming any positive comments about the Duchess of Sussex. 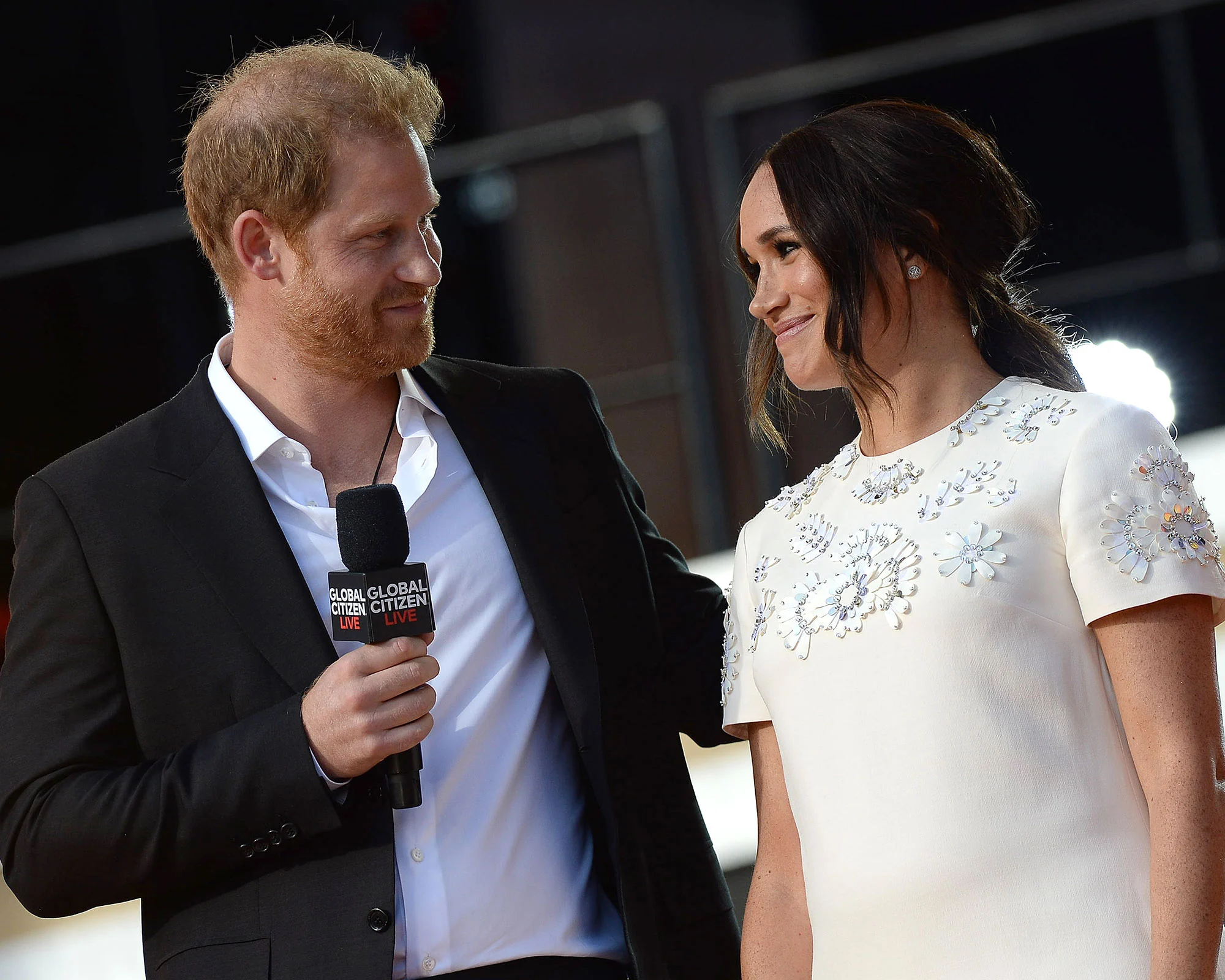 Conspiracies about Markle grew quickly online, with dozens of YouTube accounts churning out endless videos dedicated to the lies. Those who believed in the claims called themselves “Meghan Truthers” or “Megxiteers,” referencing the Brexit-like phrase used to describe Meghan’s exit.Markle and Harry acknowledged the widespread misinformation campaign about their relationship and about Markle in particular throughout the Netflix series. “Misinformation is a global humanitarian crisis,” Harry says in the documentary. “We know that a small group of accounts are allowed to create a huge amount of chaos online and without any consequence whatsoever.”
Despite the years-long hate targeted campaign against Markle, Laird-Connolly and Cannell have been allowed to continue to use their YouTube accounts, which have 107,000 and 132,000 subscribers respectively. Over 90% of both channels’ content is dedicated to attacking Markle.Cannell’s most recent video reviewing one of the episodes of the Netflix documentary has over 200,000 views and amassed almost 5,000 comments.Laird-Connolly monetizes her videos through ads and also has links to her own merch store below her videos were supporters can buy hoodies and t-shirts with phrases like “Megxit” and “Recollections May Vary” on them.BotSentinel estimated in January that the trio had earned almost $160,000 in 2021 alone from YouTube. It also identified 25 other channels making money from promoting conspiracies about Markle, with combined views of half a billion, which would generate around $3.5 million in revenue.YouTube did ban Quinlan following the release of the BotSentinel report, but her new account, launched on Tuesday, shows that the company is not doing enough to secure its platform.“YouTube is complicit in a lot of this stuff,” Bouzy said, adding that he’s been trying for months to get the company to address the problem of targeted campaigns against Markle. “If YouTube enforced their own policies and did not monetize these accounts, they wouldn’t be doing this, because they would have to actually find work so they can’t sit around and put out videos all day.”