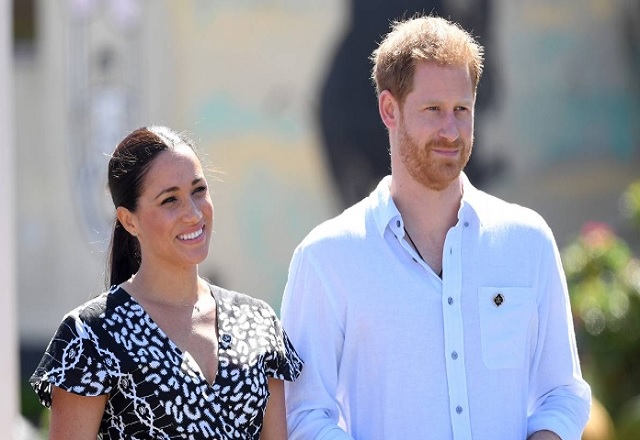 Meghan Markle and Kate Middleton are officially the bridal bombshells of the decade!

The sisters-in-law both came out on top in a new list of most popular wedding gowns from 2010 onward, with Meghan’s chic Givenchy and intricate veil snagging the No. 1 spot and Kate’s classic lace Alexander McQueen landing at No. 2.

According to Tatler, research conducted by gift specialists Find Me A Gift crunched the numbers on celebrity bridal gown search volume, and the Duchess of Sussex averaged 21,900 monthly searches in the U.K. since her 2018 nuptials to Prince Harry. Close behind, the Duchess of Cambridge has generated 21,500 average monthly U.K. searches since she said “I do” to Prince William in 2011.

Racking up the third-highest search volume was the Virgil Abloh for Off-White off-the-shoulder gown Hailey Bieber wore when she and Justin Bieber tied in the knot in 2018, and Ariana Grande’s multiple looks for her surprise 2021 ceremony rounded out the list.

In 2019, Waight Keller told TIME of Meghan’s gown: “I had no idea how momentous it was going be.”

The stunning silk gown featured an open bateau neckline and sculpted waist. Royal watchers outside St. George’s Chapel in Windsor — where Meghan and Harry wed on May 19, 2018 —could see the gown’s train flowing in soft round folds cushioned by an underskirt in triple silk organza. The slim three-quarter sleeves added a note of refined modernity.

The delicate, cathedral-length veil, made from silk tulle, featured a trim of hand-embroidered flowers from each of the 53 counties in the Commonwealth in threads and organza.

And Meghan added a couple of personal touches as well, including the Wintersweet that grows in the grounds of Kensington Palace in front of Nottingham Cottage, as well as her home state’s flower, the California Poppy.