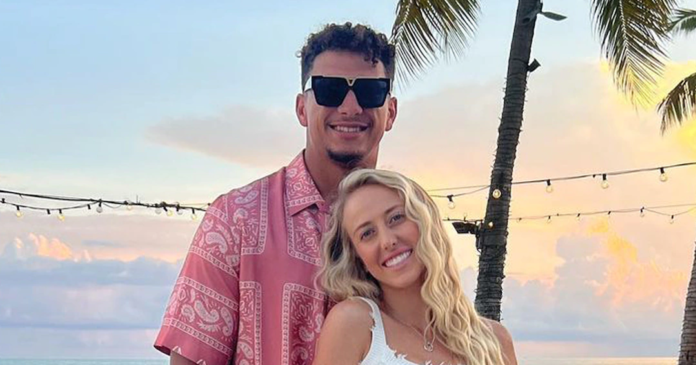 Less than two years after welcoming their daughter Sterling, Patrick and Brittany Mahomes announced that their firstborn is getting a baby brother.Oh boy! Patrick Mahomes and wife Brittany Mahomes are expecting a possible future NFL star.On June 26, one month after the couple announced they are set to welcome their second child, they revealed that they are expecting their first son. 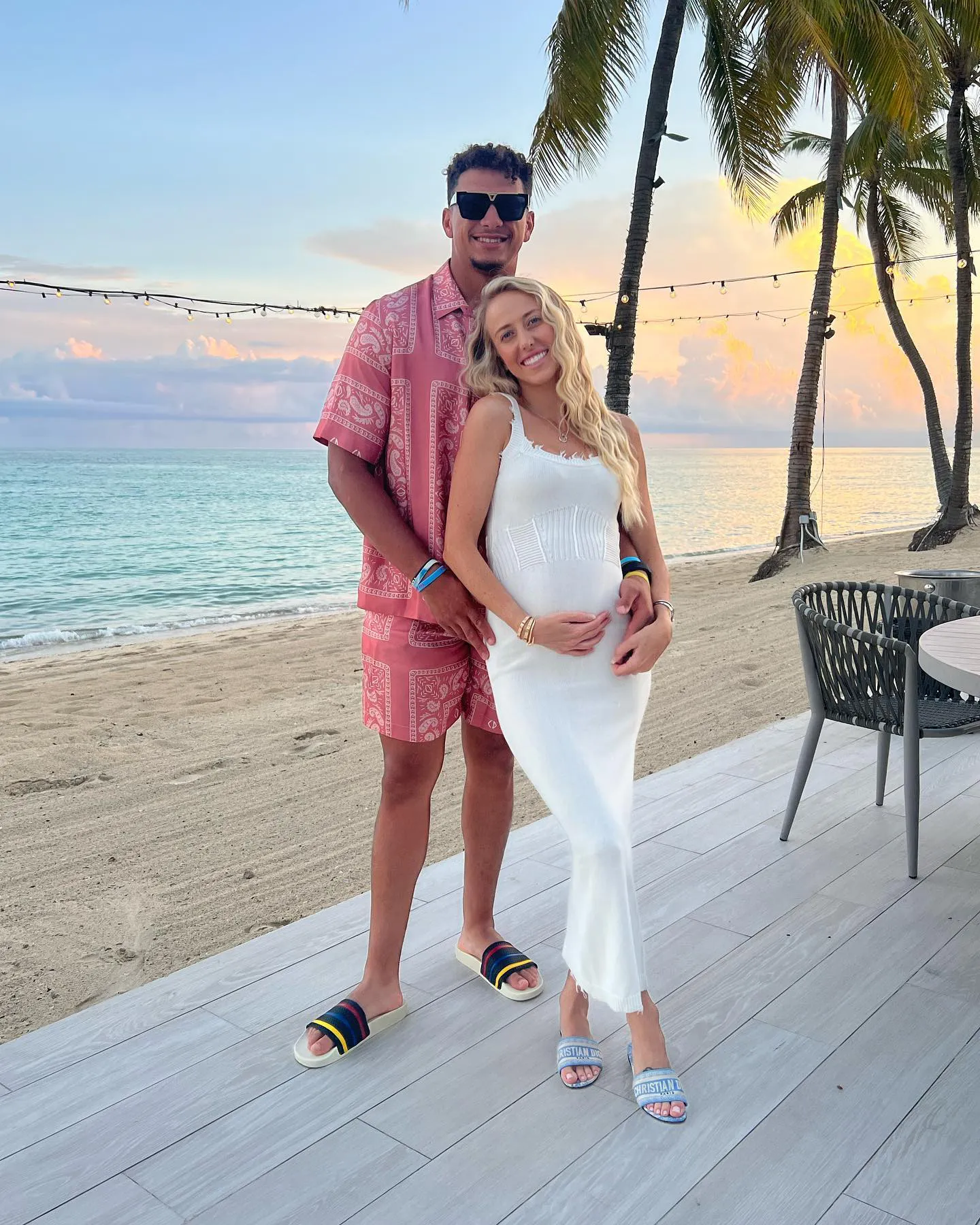 In a sweet video posted to Instagram, Patrick and his pregnant wife are seen at their sex reveal party, which included both blue and pink décor. In the clip, the newlyweds, along with friends and family, made their guesses if the baby would be a boy or a girl, with most people pulling for #TeamBoy.Patrick and Brittany later sprayed blue paint out of squirt guns, confirming that they are expecting a son. In response to the news, the Kansas City Chiefs quarterback then jumped in the pool. 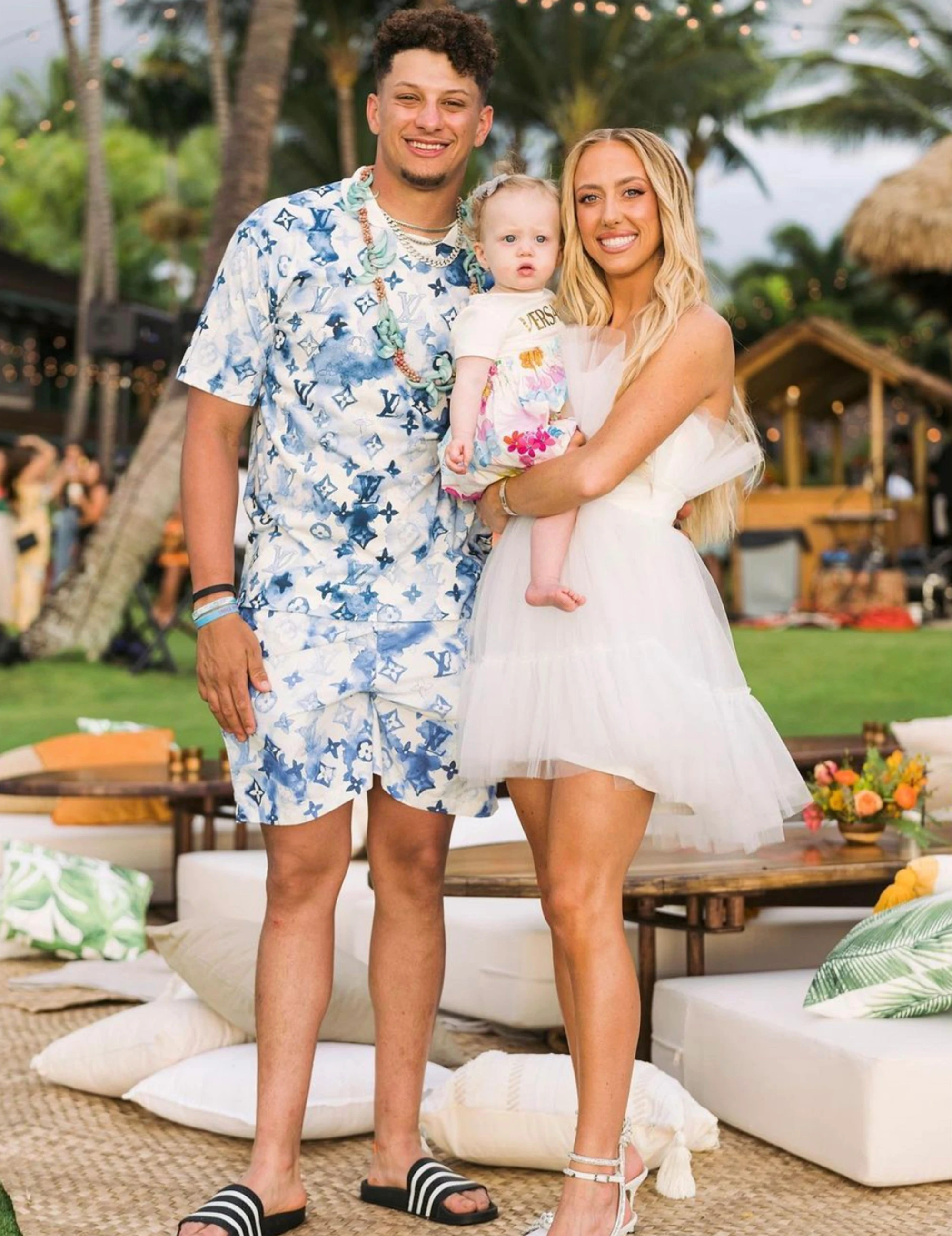 Back in May, two months after they tied the knot in Hawaii the couple announced on Instagram they are expecting their second child.The high school sweethearts, both 26, shared photos featuring their 16-month-old daughter Sterling sporting a pink t-shirt that read, “I have a secret to tell you.” Standing in between her parents, the tot also held up a sign stating, “Baby sister duties coming soon.”In another pic, the current family of three smiled as they held up a sonogram of baby No. 2. 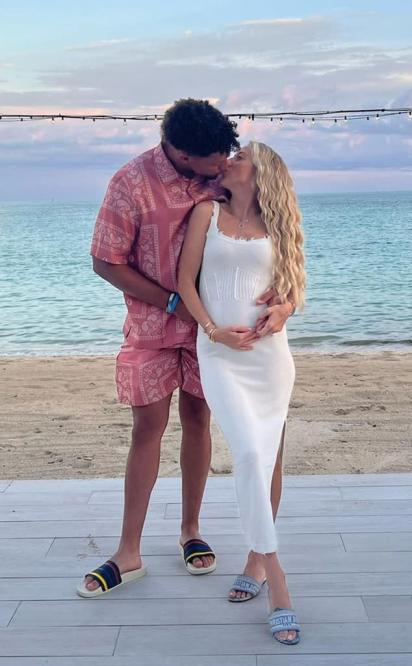 Earlier this year, Brittany played coy about her future motherhood plans during an Q&A session on Instagram where she was bombarded with baby questions.”Ok, y’all really out here wanting us to have another baby,” she responded on April 5, adding, “We don’t exactly know yet! Y’all need to calm down.”