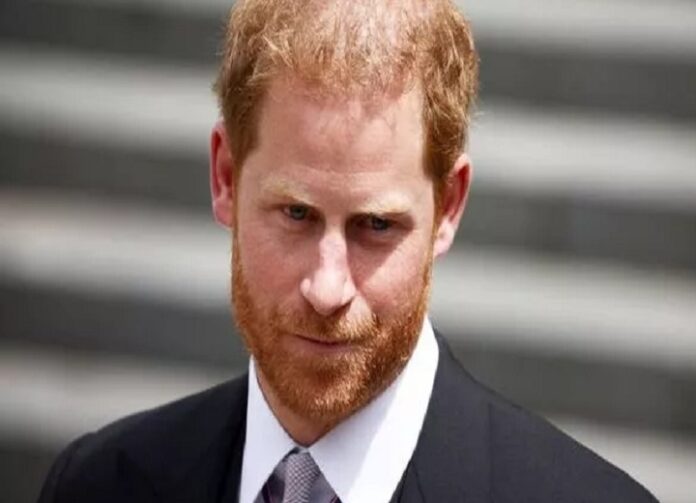 Royal author Tom Bower claimed the Duke and Duchess of Sussex wanted to appear alongside the Queen on Buckingham Palace’s balcony during the celebrations. According to the biographer, Harry “asked the Queen’s resistant advisers” and when this “failed” he visited the monarch en route to the Invictus Games in The Hague in April.

However, Mr Bower said the issue of the Sussexes stepping out on the Palace’s balcony “remained unresolved”. Writing in Revenge: Meghan, Harry and the War Between the Windsors, he said: “The danger of allowing the meeting surfaced six days later.”

In the extract of his new book in The Times, Mr Bower said Harry and Meghan “mixed faultlessly” with athletes at the Games. He added: “But, as later events seemed to show, festering was their fury that the Palace had refused all of their demands for a prominent role at the Jubilee in return for returning to Britain with their children.

“Harry could not resist venting his anger to an American NBC TV reporter.” In the interview for NBC’s Today show, the Duke sparked a backlash for saying he wanted to make sure the monarch was “protected” and had the “right people around her”. Mr Bower said: “Within those few minutes on television Harry had demonstrated the danger of his appearance at the Jubilee celebrations.

“Everything was about himself and Meghan.” Harry said of his meeting with the Queen: “Being with her, it was great. It was so nice to see her… she’s on great form. “She’s always got such a great sense of humour with me and I’m just making sure she’s protected and got the right people around her.

The Sussexes travelled to Britain for the bank holiday weekend celebrating the Queen’s Platinum Jubilee in June. It marked the first time they had returned to the UK with their children Archie and Lilibet since Megxit. However the couple kept a low profile and were absent from many of the festivities.

The Queen limited the appearance on the Palace’s balcony during Trooping the Colour to working royals only. Harry and Meghan stepped out in public with the Windsors for the first time in two years for the service of thanksgiving at St Paul’s Cathedral. The Sussexes are living in Montecito after quitting royal duties in March 2020.