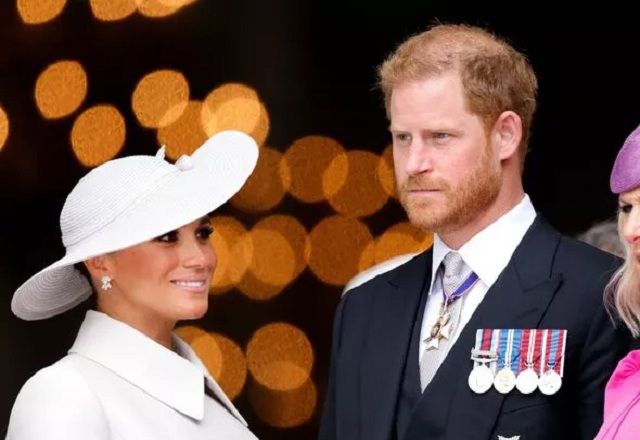 Prince Harry is “bitter and fed up with being the spare instead of heir”, a royal expert has claimed.

Angela Levin, who wrote Harry: Conversations with the Prince, has shared her thoughts on the mood and behaviour of the Duke of Sussex ahead of the expected release of his biography later this year. “He’s now so bitter and resentful that he will say what he really feels and see things that he accepted years ago as now being really dreadful,” She told Daily Mail’s royal talk show Palace Confidential.

Harry’s upcoming book has been hanging over the Royal Family for more than a year, and Angela believes publishers Penguin Random House will be looking for a “story” and she predicts Harry, 37, will give them one. “I think he really wants to show his power over William because he was fed up with being the spare rather than the heir – I think he’s got a lot of poison in his blood now about what he feels about his background and his family,” she added.

Penguin Random House – Harry’s publishers – describes the explosive read as “the definitive account of the experiences, adventures, losses, and life lessons that have helped shape him”.

Harry’s multi-million dollar memoir is set to be released sometime this year and his friends have previously told the Mirror he’s holding nothing back: “If they think he’s gone soft, they are mistaken. Just wait for the book to come out because that will shake the monarchy to the core.”