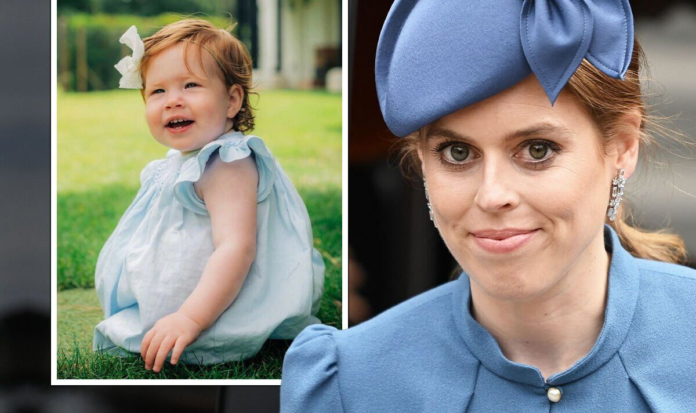 The Duke and Duchess of Sussex returned to Britain together for the first time since quitting Royal Family life last week. They were in the UK to mark the Queen’s historic Platinum Jubilee alongside other members of the Firm. Their visit also coincided with the first birthday of their daughter Lilibet, who was affectionately named after the Queen.
Although it is understood Her Majesty met the tot during her stay, Royal Family members were not said to be present at baby Lili’s “casual and intimate” birthday picnic in the gardens of Frogmore Cottage in Windsor’s Home Park. 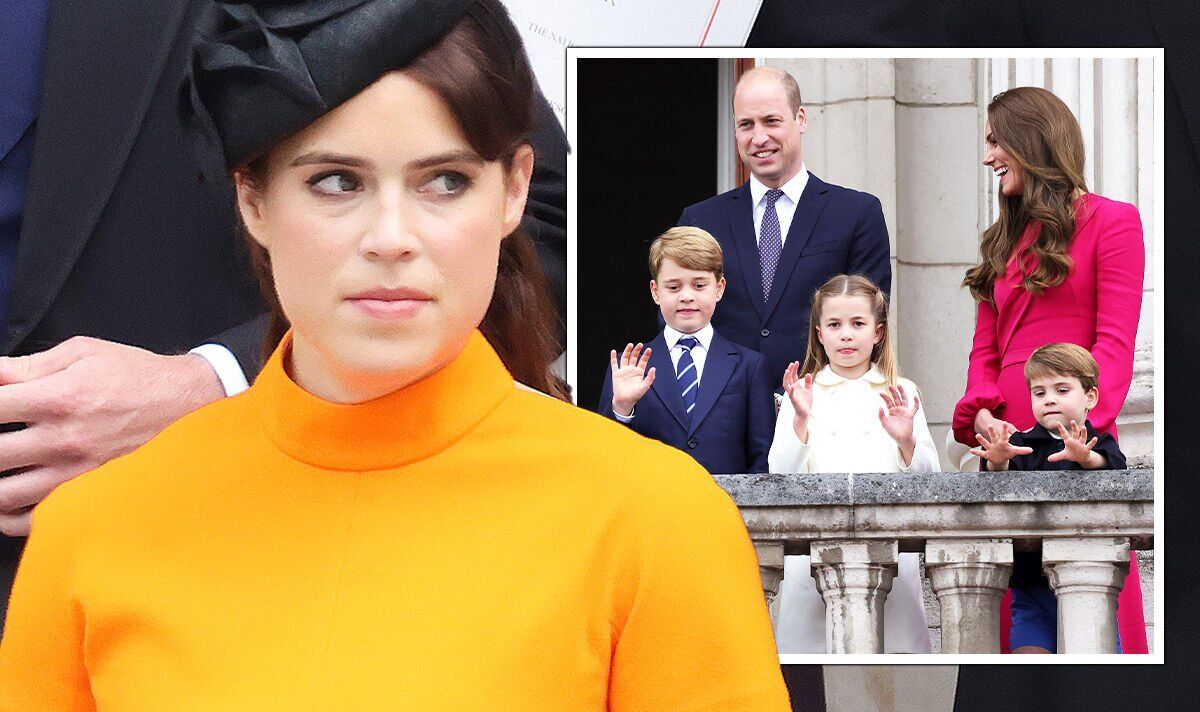 Meghan and Harry marked the milestone with a sweet gathering and released an image of their daughter much to the delight of royal fans.And the photo they shared has a striking connection with Princess Beatrice.Celebrity photographer and friend of the Royal Family Misan Harriman, who took the birthday images, was also the man who shot Beatrice and Edoardo Mapelli Mozzi’s stunning engagement photos.Commenting on Lili’s birthday, he said: “It was such a privilege to celebrate the first birthday of Lilibet with my family and hers!“Joy and face painting all around.” 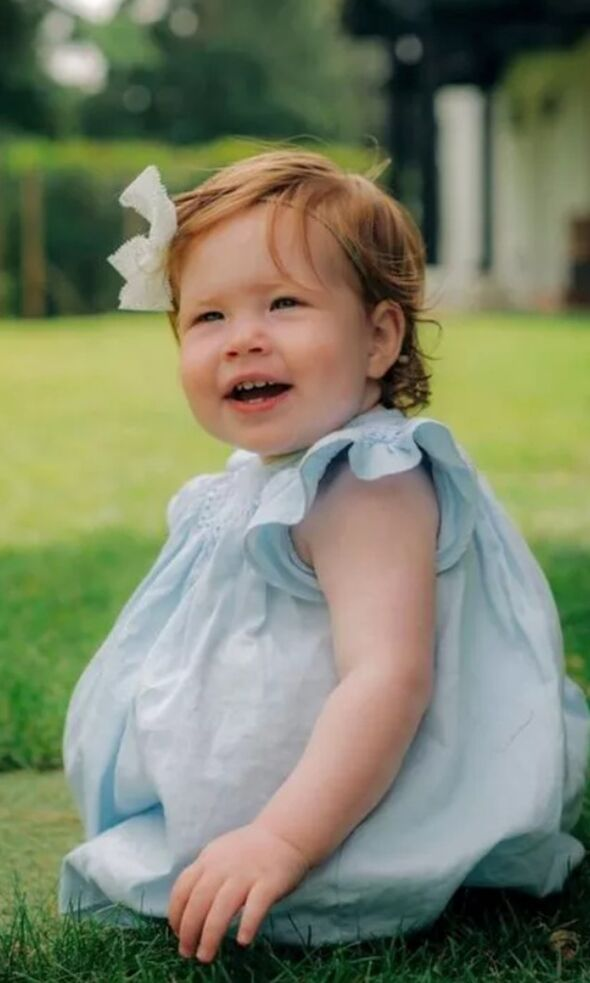 In Mr Harriman’s image, a smiling baby Lilibet is dressed in a duck egg blue dress with a charming white bow headband in her hair to match.Speaking to Express.co.uk, royal expert Professor Pauline MacLaran of Royal Holloway, University of London, described how Lilibet’s dress was an old-fashioned touch, whereas her accessories were “more contemporary”.She said: “Like other photos of royal children often do, the dress style of Lilibet’s outfit harks back to the 1950s, emphasising tradition in this way although the flower rather than a clip in her hair is more contemporary.”Royal fans were delighted with the new image as Meghan and Harry are usually very private with their children. 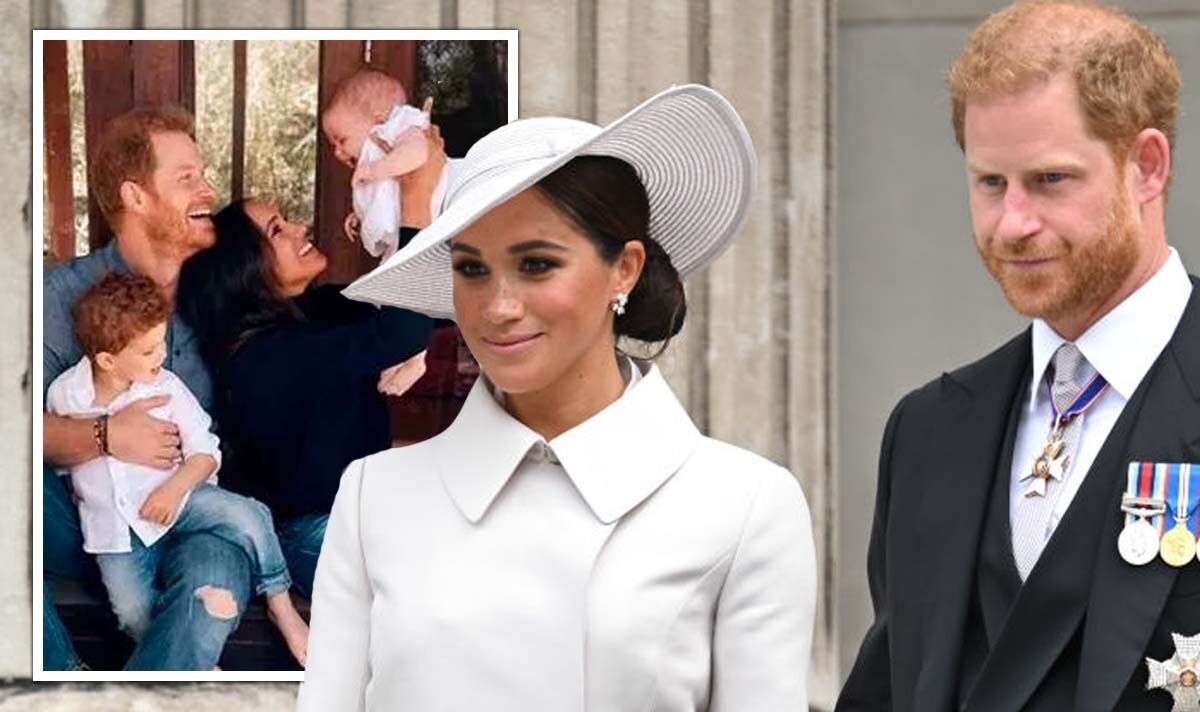 A spokesperson for the Sussexes said in a statement they were touched by the birthday wishes for Lilibet and that people from around the world made donations amounting to more than £80,000 ($100,000) to not-for-profit World Central Kitchen in their daughter’s honour.Saturday’s garden gettogether for Lilibet’s birthday clashed with a pre-arranged diary commitment for the Duke and Duchess of Cambridge who were on a visit to Cardiff to mark the Jubilee.Kate and William were therefore unable to attend the celebrations although it is understood they were invited, according to reports.

The Duke and Duchess of Sussex kept their UK trip fleeting and jetted off before the Jubilee celebrations had even concluded.A pensive Prince Harry was spotted leaving the airport in an SUV as the couple’s entourage unpacked their luggage, which included a children’s swing similar to one gifted to the Cambridge children by Prince Charles.
The Sussexes’ low profile over the Jubilee period was hailed by Professor MacLaran for not taking attention away from the Queen.Speaking to Express.co.uk, she said: “They seemed to keep a low profile at it (and since they arrived) and this will be seen as considerate and not trying to seek the limelight.”