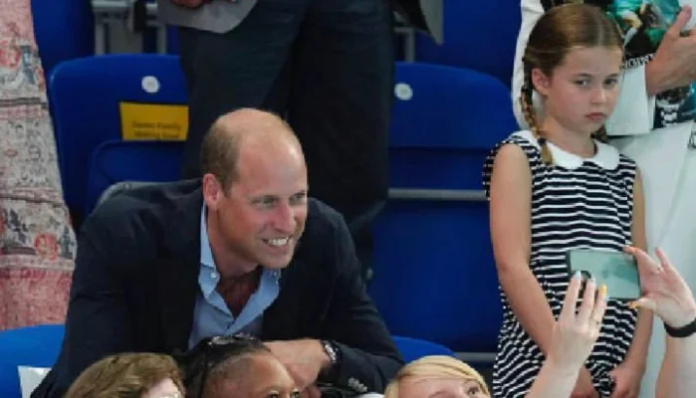 Princess Charlotte is once again making headlines after her reaction to dad Prince William taking selfies with fans at a sports event went viral, reported Mirror UK.The seven-year-old Cambridge tot made a surprise appearance at the Commonwealth Games with her parents William and Kate Middleton, and made up for the lack of her brother Prince Louis’ hilarious expressions by flashing some of her own.In the viral moment from the swimming competition at the games, Prince William was snapped posing for selfies with some women in the stands, but it was Charlotte who stole the show! 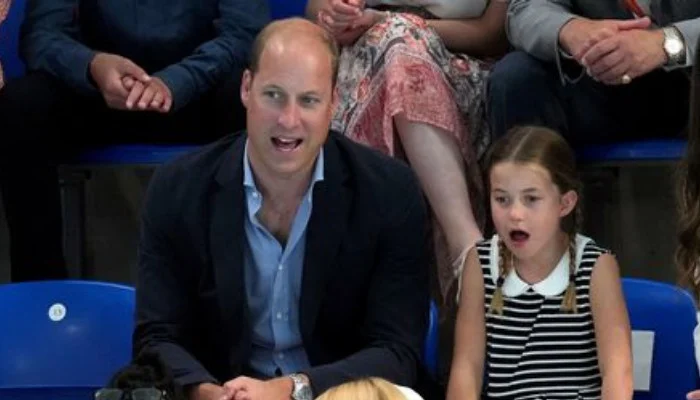 While William smiled at the camera, Princess Charlotte appeared to throw a less-than-excited face at her dad, and the snap has already been shared numerous times on social media by royal fans. One fan commented, “Ladies… be warned, Princess Charlotte does not approve of fangirling over her daddy…,” while another said, “Brilliant, natural reaction of any little girl.” 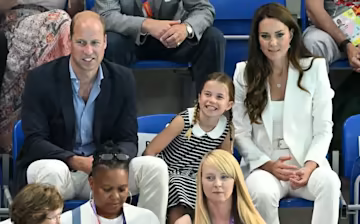 The viral moment comes soon after royal fans were left enthralled by Princess Charlotte’s sweet camaraderie with Prince William at the games as well, with the future king at one point tucking little Charlotte’s hair behind her ear as well.“I did notice that Charlotte is very fond of William and vice versa. She was very engaged with him and snuggling up to him. They have a good bond as father and daughter,” noted a fan.