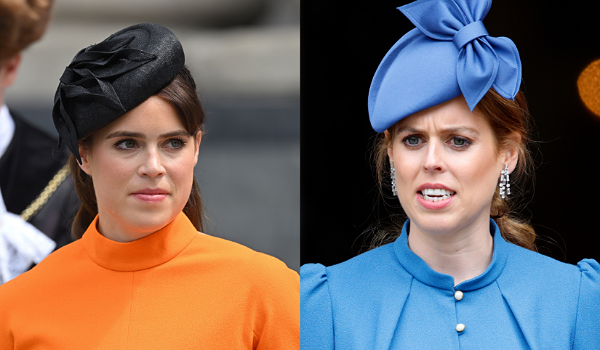 PRINCESS Eugenie and Princess Beatrice “stuck to their seats” at the Platinum Jubilee’s National Service of Thanksgiving to prevent a photograph opportunity between Prince Harry and the rest of the Royal Family, a royal expert claimed. 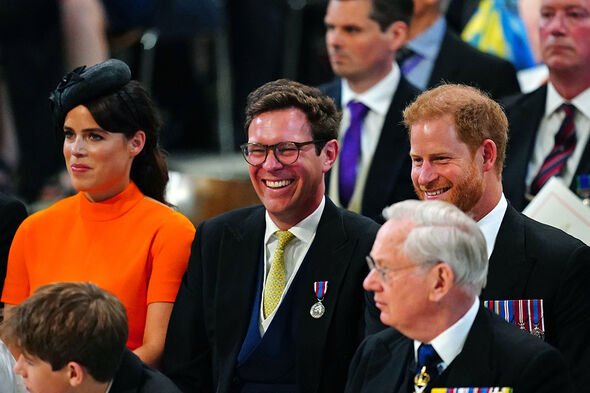 Princess Eugenie, 32, and Princess Beatrice, 33, joined the thousands of people gathered at St Paul’s Cathedral to celebrate the life and reign of her beloved grandmother, the Queen earlier this month. The two daughters of Prince Andrew and his ex-wife Sarah “Fergie” Ferguson, and their husbands, were seated in a row alongside the Duke and Duchess of Sussex. Speaking on the latest Mail Plus’ Palace Confidential, Daily Mail’s diary editor Richard Eden discussed the seating arrangements at St Paul’s and how the two princesses “didn’t move” from their seats to avoid an awkward photo opportunity. 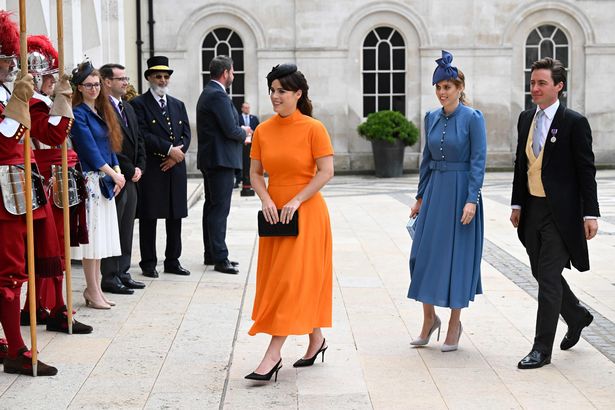 Palace Confidential’s host Jo Elvin asked Mr Eden if he thought there “would have been assigned seats” or if the royals would have just been told “you are on that row” at the event.Mr Eden said: “From what I’m told there really was [assigned seating].”Why it was, so, Beatrice and Eugenie didn’t move, they didn’t, sort of, move down the row to let them [Harry and Meghan] in, they stuck to their seats”. 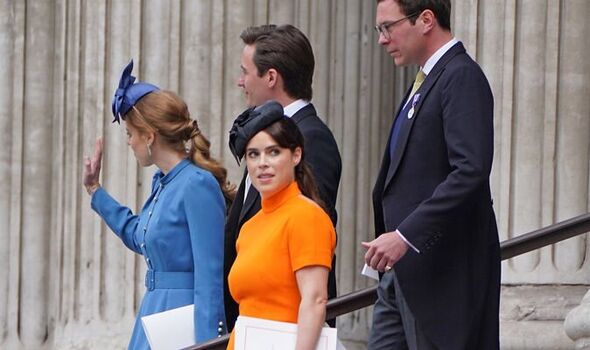 The royal expert stated that there was a reason that the princesses stayed put in their designated seats.Princess Beatrice broke royal tradition at Ascot on Wednesday as she appeared with her husband Edoardo Mapelli Mozziwill at the racecourse.He said: “Why they left there was a procession to leave the cathedral.

“It meant that Harry and Meghan were far behind, they had to wait for everyone else in their row to leave first so they couldn’t be photographed.”[This meant] they weren’t in the same shots as Prince Charles or the Cambridges.”They were nowhere near them”.He added that this move was “deliberate”.