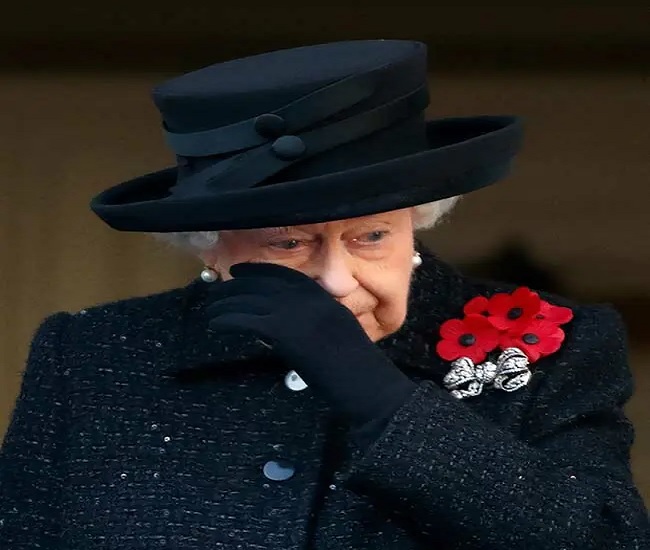 Princess Beatrice and Princess Eugenie
The royal sisters were visibly moved as they heard from a grandmother who has kept the memory of her grandson alive by fundraising for the Teenage Cancer Trust during a joint Zoom call.

The pair listened as Enid Waterfall, 85, from Wrexham spoke about how she had been fundraising tirelessly for the charity, carrying on the work of her grandson Richard, who died in 2018 after being diagnosed with a rare form of cancer that affects the bones or the tissues around them. 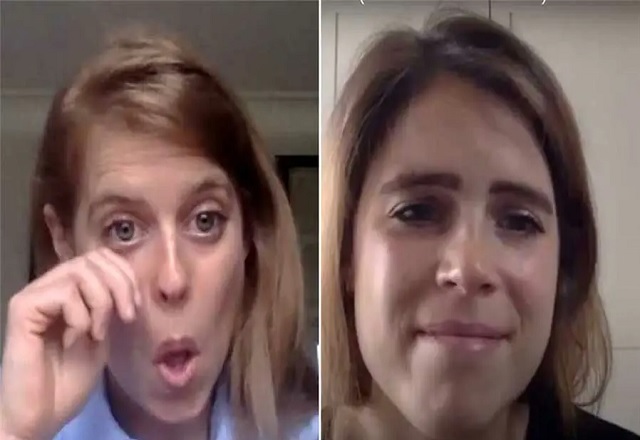 An emotional Eugenie said she was choked up while listening to Enid’s story, while Beatrice was spotted dabbing at her eyes, as Enid wiped away a tear.

the Duke of Sussex carried out a very poignant engagement – attending the WellChild Awards, which celebrates the inspirational qualities of seriously ill children and young people. Harry welled up as he gave a speech, reminiscing on how this time last year he and his wife Meghan were the only people to know that the Duchess was pregnant. Demonstrating how strong a parent’s love is, Harry said: “Last year when my wife and I attended we knew we were expecting our first child – no one else did at the time, but we did…” 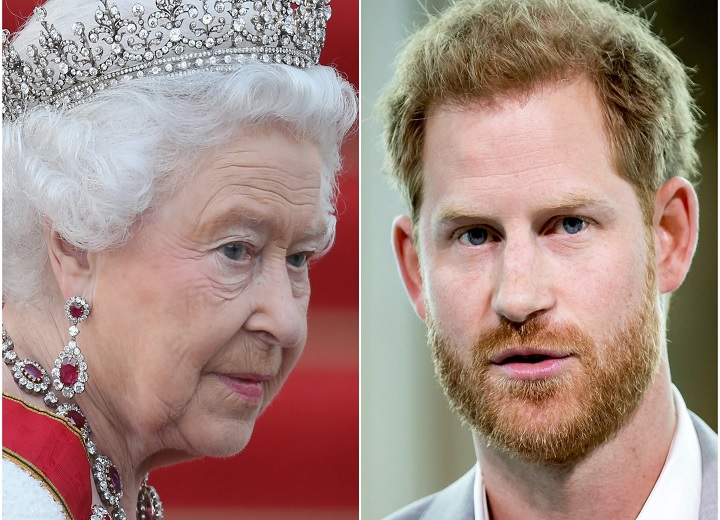 Harry, overcome with emotion, trailed off, bent his head down and cleared his throat before continuing. Gaby Roslin was on hand to comfort the Duke, as he continued: “I remember squeezing Meghan’s hand so tight during the awards, both of us thinking what it would be like to be parents one day, and more so, what it would be like to do everything we could to protect and help our child should they be born with immediate challenges or become unwell over time. And now, as parents, being here and speaking to all of you pulls at my heart strings in a way I could have never understood until I had a child of my own.”

The Duchess of Sussex
Meghan was visibly emotional as she made a heartbreaking admission during her and Prince Harry’s interview with Oprah Winfrey in March 2020.

Meghan revealed that she had experienced suicidal thoughts during her pregnancy with Archie at the height of her crisis in the monarchy, telling Oprah: “I just didn’t want to be alive anymore.” 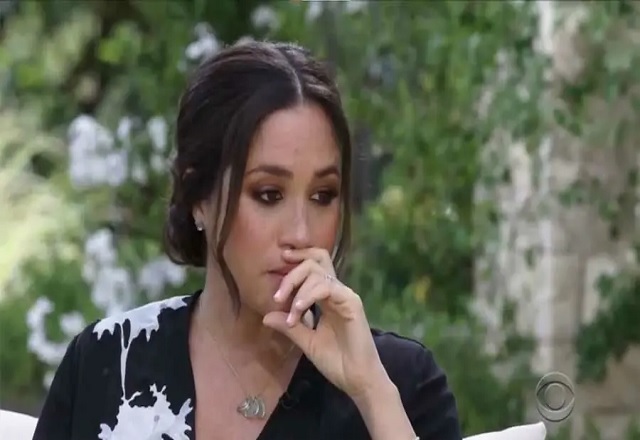 While she had asked the palace to seek professional help, she later reached out to one of the best friends of the late Diana, Princess of Wales.

The Queen
Her Majesty appeared to have been overcome with emotion at the Remembrance Sunday 2019 service, as she wiped away a tear, while paying tribute to war heroes. She watched the ceremony from the balcony of the Foreign & Commonwealth Office building, alongside the Duchess of Cornwall and the Duchess of Cambridge. 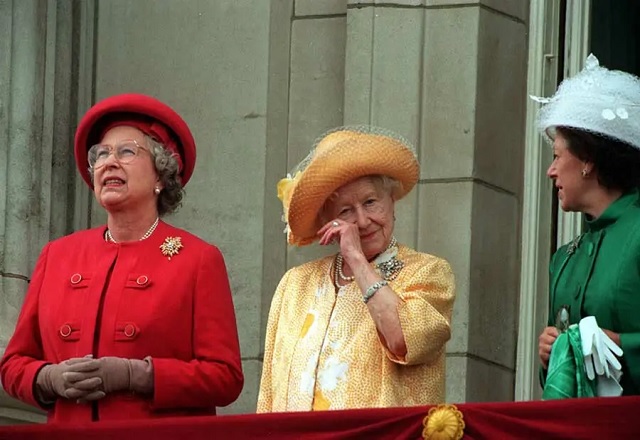 The Queen Mother
The Queen Mother was spotted wiping away a tear during celebrations to commemorate the 50th anniversary of VE Day in 1995. The Queen Mother’s late husband, King George VI, was monarch during the Second World War and the royals had stood on the balcony of Buckingham Palace when victory was declared in Europe in 1945.

Princess Charlotte
During the 2018 Trooping the Colour ceremony to celebrate the Queen’s birthday, the Duke and Duchess of Cambridge’s daughter Princess Charlotte had a teary moment. The young royal slipped and fell, banging her head on the balcony railing. Kate, who was standing behind her then three-year-old, scooped her up into her arms and snuggled her close.

Prince Charles
The future King looked visibly emotional as he carried out a poignant engagement at the National Memorial Arboretum in Staffordshire in August 2020. Joined by his wife Camilla, the couple attended the VJ Day National Remembrance event. 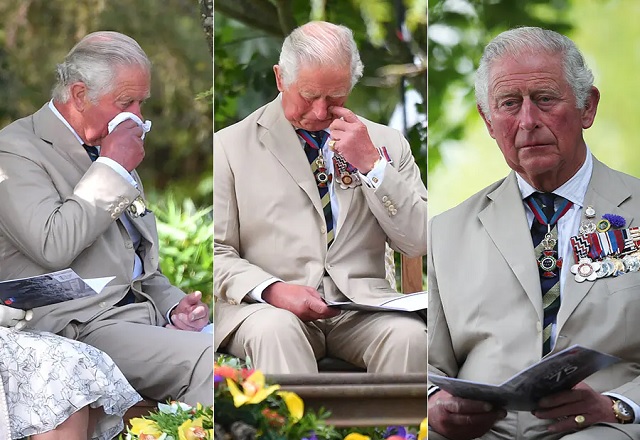 Charles led a two-minute silence and laid a wreath at the Kwai Railway Memorial during the event to commemorate the 75th anniversary of VJ Day – the day World War Two ended with Japan’s surrender.

The Duchess of Sussex
In a lighthearted moment in 2018, it was joy and not sadness that caused Meghan to well up. During her visit to Tonga a newly-pregnant Meghan got the giggles when a group of school children sang a funny song to her and husband Prince Harry, about mosquitos 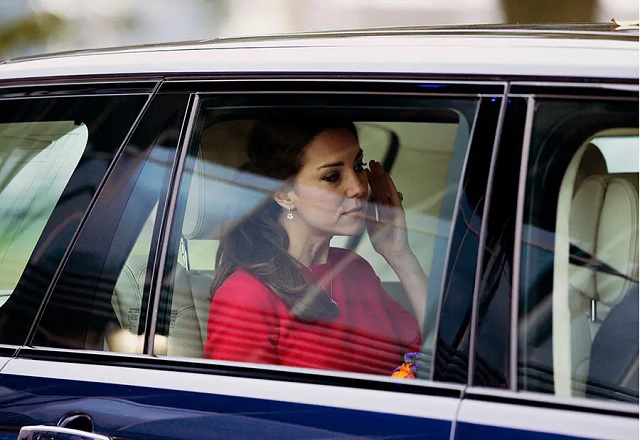 The Duchess of Cambridge
When the Duchess of Cambridge attended a launch event for East Anglia Children’s Hospices charity in November 2014, she was seen welling up as she drove away from the engagement. Kate, who was four months pregnant with Princess Charlotte, had spoken to one attendee, Leigh Smith. The pair had corresponded after Leigh sadly lost her three-month-old baby Beatrice from a rare heart condition.

Kate replied to her letter and sought Leigh out during the launch event. Physiotherapist Leigh revealed: “Kate gave me a hug just before she left. I was getting quite teary-eyed, she had tears in her eyes and she just said to me, ‘You’re a very brave lady and again, I’m just so, so sorry.'”

Princess Diana
Some 22 years earlier, Princess Diana found herself in a similar situation when she visited Ashworth Hospice in Liverpool. The People’s Princess, who was known for her incredible empathy, burst into tears as she left the emotional engagement. 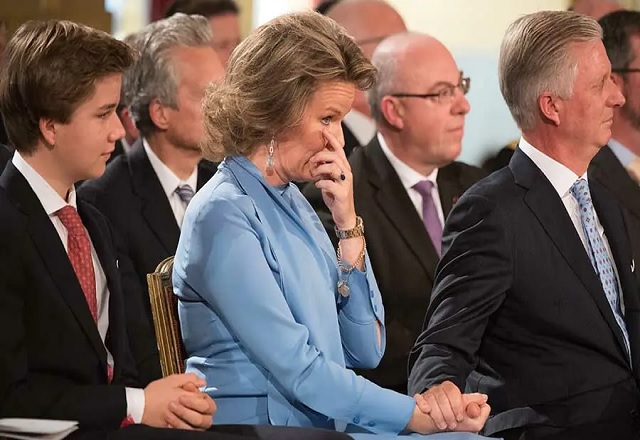 Queen Mathilde of Belgium
Proud mother Queen Mathilde fought back a tear as she watched her daughter Crown Princess Elisabeth deliver a speech in an official ceremony to mark her 18th birthday in Brussels. Elisabeth will become Belgium’s first Queen by birth when she ascends the throne.

The Duchess of Cornwall
Prince Charles’ wife Camilla welled up during a visit to the Safelives Centre in London in January 2016. The Duchess spoke to victims of domestic abuse and heard from Diana Parkes, whose daughter Joanna Brown was murdered by husband Robert. 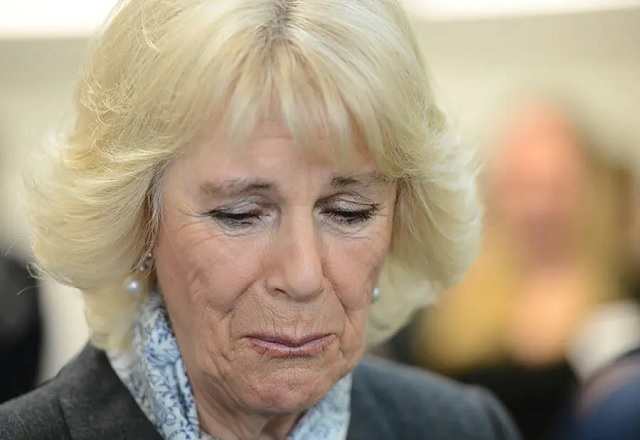 The Queen
Remembrance Sunday is always a poignant event in the royal calendar, and in 2002, the Queen was overcome with emotion as she visited the Field of Remembrance at Westminster Abbey.