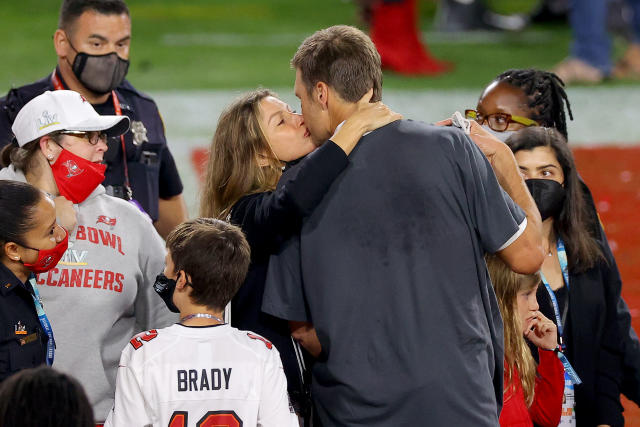 For several months now, much has been rumored about the successor to Brazilian top model Gisele Bündchen as the sentimental heartthrob of Tampa Bay Buccaneers quarterback Tom Brady.

The woman who has been most linked to TB12 although there has not been any approach, at least publicly, is Miss Slovakia 2016,

Veronika Rajek, however, things could go in a completely different direction if we listen to the legendary former tight end, Rob Gronkowski.

Gronk was a guest on the latest episode of the Let’s Go! Podcast where the seven-time Super Bowl winner is featured weekly along with co-host Jim Gray and legendary former Arizona Cardinals wide receiver Larry Fitzgerald.

It’s time to pay close attention to the tight end’s suggestion to TB12:

“Tom, have you been considering dating Sally Field after that Oscar worthy-performance or what?” Gronkowski said.

It is worth remembering that Tom Brady will share the screen with the famous 76-year-old actress in a movie called “80 For Brady” which is about to be released in theaters.

While Gronkowski’s statement in this regard is somewhat compromising, the University of Michigan graduate’s response, as usual, leaves much to interpretation.

“We did have kind of an on-camera little, you know, thing going on,” Brady said. “So, it was actually nice.

We really enjoyed our time together.

It should be recalled that last October 28 Brady ended his 13-year marriage to the former Victoria’s Secret Angel after announcing their divorce and that last Monday he ended his 23rd season in the NFL after being eliminated by losing by a score of 31-14 against the Dallas Cowboys in the last game of Super Wild Card Weekend.