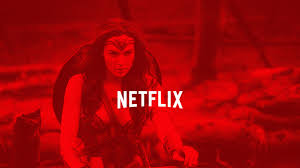 As always, you’ll want to keep an eye on removals just as much as the new additions. There’s already a bunch of movies worth watching that will expire on the first of the month.

Brave Animated Series (Season 1) – Adult animated series about a group of superheroes setting out to rid of the world of evil.

Green Lantern (2011) – Ryan Reynolds stars as the Green Lantern and is undoubtedly one of the best superhero movies of all time.

House Party (1990) – Comedy from Reginald Hudlin about a boy heading to a friend’s house party who couldn’t have prepared for the wildest night of their lives. Due to be getting a reboot from New Line Cinema.

How to Be a Cowboy (Season 1) N – Reality series hosted by Dale Brisby looking to keep the cowboy tradition alive.